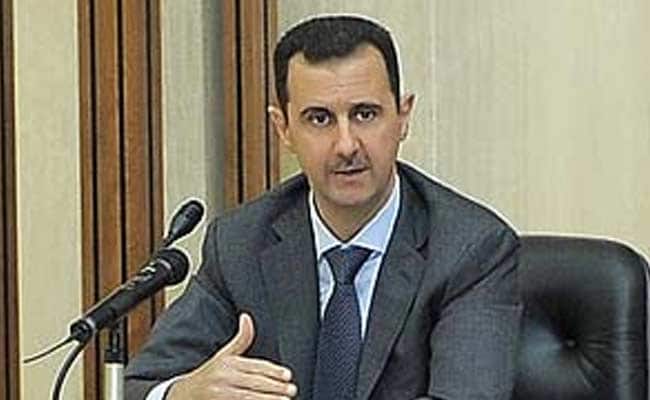 And in Idlib province, eight members of one family were killed in a barrel bomb attack in the town of Kafr Sijna.

The Observatory, which relies on a network of sources on the ground, said the tolls in both incidents were expected to rise because of the number of people seriously wounded.

Regime barrel bombs ,crude weapons made of containers packed with explosives, have often struck schools, hospitals and markets in Syria.

Rights groups criticise them as indiscriminate, saying they kill a disproportionate number of civilians.

Syrian President Bashar al-Assad has denied that his forces use the weapons, but evidence collected by activists and rights groups includes footage of the barrels being pushed from army helicopters.

More than 220,000 people have been killed in Syria since the conflict began in March 2011 with anti-government demonstrations that were met with a regime crackdown.