Sydney's Delta Outbreak Not Slowing Down Despite 6-Week Lockdown

Since the highly contagious variant leaked into Sydney's community in mid-June, the delta strain has caused havoc on Australia's eastern coast, its most populated area. 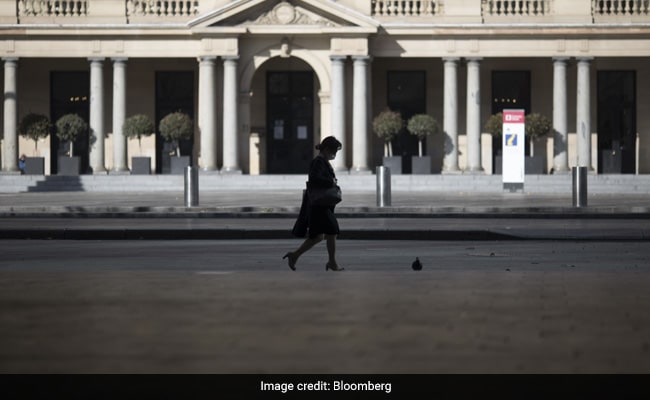 About two-thirds of the country's population is in lockdown, including its three largest cities.

Sydney's daily delta outbreak caseload has risen to another record, with 291 new infections detected and authorities warning the situation in Australia's largest city could worsen.

"I do want to foreshadow that given this high number of cases, we are likely to see this trend continue for the next few days," New South Wales state Premier Gladys Berejiklian on Friday told reporters in the city, which has failed to bend the curve of new infections lower despite being in lockdown for almost six weeks. The new cases surpass the previous record number of new infections of 262 on Thursday; one more person died. 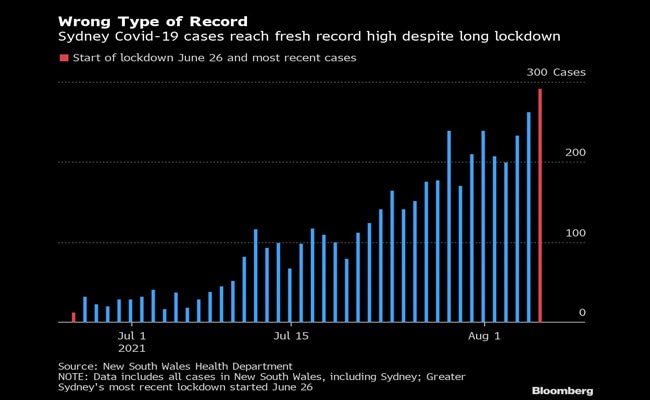 Since the highly contagious variant leaked into Sydney's community in mid-June, the delta strain has caused havoc on Australia's eastern coast, its most populated area. About two-thirds of the country's population is in lockdown, including its three largest cities, with authorities in Melbourne on Thursday enforcing stay-at-home orders for the sixth time since the pandemic began.

The lockdowns show how delta is placing increased pressure on the nation's so-called "Covid-zero" strategy, which has relied on closed international borders and rigorous testing to eliminate community transmission of the virus. Even as other developed nations such as the U.S. and U.K. open up, the economy -- particularly the domestic tourism and retail sectors -- is increasingly being hit by the outbreaks. 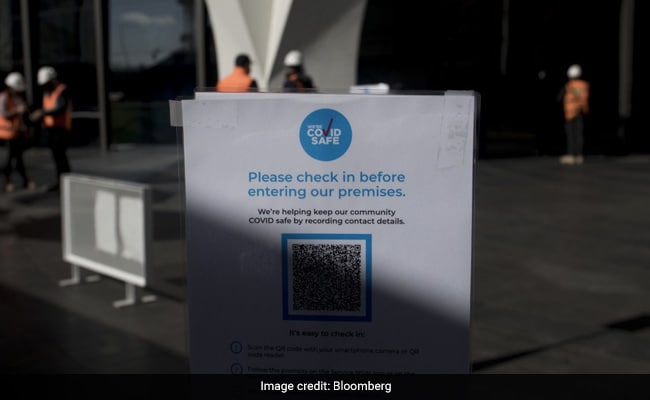 A Covid-19 safe check-in sign outside an entrance to a construction site in Sydney, Australia, on Monday, Aug. 2, 2021. Sydney's lockdown has been extended three times and there is a risk it won't be lifted as currently scheduled on Aug. 28, given delta's continued spread and Australia's vaccination program that has lagged many other major economies.

Plans to reopen have been hampered by a tardy vaccine roll-out, with only enough doses to cover 25.5% of the population administered. Sydney will remain in lockdown until at least August 28.

Prime Minister Scott Morrison has been criticized by health experts and the main Labor opposition, amid accusations he's botched the nation's good start to managing the pandemic by refusing to adjust a fragile hotel-quarantine system that's seeing more leaks due to delta, along with failing to quickly secure vaccine contracts with a broad range of suppliers.

Morrison last week said the country would begin reopening and start to avoid snap lockdowns once 70% of the entire adult population had been fully vaccinated.

Queensland state recorded 10 new cases in the community on Friday, and it was still unclear whether Brisbane and other regions there would exit lockdown as planned on Sunday. Victoria state recorded 6 new infections in Melbourne.