Sydney Chokes With Air Quality Over 12 Times Worse Than "Hazardous" 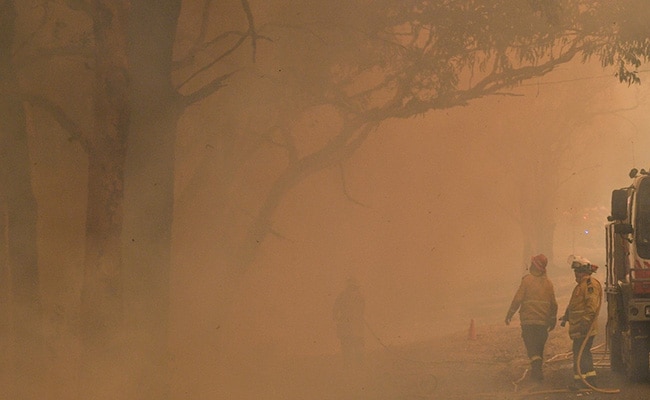 The Air Quality Index compiled by the state environment department reached as high as 2,552 in some eastern suburbs -- soaring past the "hazardous" threshold of 200. The pollution has been so bad it has set off smoke alarms in office buildings across the CBD, while ash has been washing up on the city's usually pristine beaches. Flight arrivals at Sydney Airport were delayed by up to 30 minutes due to poor visibility.

The number of people seeking treatment at Sydney hospitals increased by about 25%, the Australian Broadcasting Corp. cited Richard Broome, New South Wales state's director of environmental heath, as saying. "It is some of the worst air quality we've seen," he said.

Authorities warned people with respiratory conditions, or heart and lung problems, to stay indoors. Office workers were seen wearing face masks in the street, an unusual sight in a city more used to clear blue skies and clean air.

Temperatures are forecast to soar to 107.6 degrees Fahrenheit (42 degrees Celsius) in the city's west. Rural Fire Service Commissioner Shane Fitzsimmons, who is leading efforts to tackle more than 80 blazes across the state of New South Wales, said it would be a "very complex, very difficult day" for his team.

Some 6.7 million acres (2.7 million hectares) of land, with a perimeter of 19,235 kilometers, have burned so far this bushfire season.

The ferocious and early start to the fires this year has stoked a debate around whether Australia's government -- a champion of the coal industry -- is doing enough to curb greenhouse gas emissions. Prime Minister Scott Morrison has repeatedly shut down claims that his government's approach to climate change has contributed in any material way to the current bushfire emergency.

The devastating fire conditions were referenced several times at an energy summit in Sydney on Tuesday, where Matt Kean, the NSW state minister for the environment, said a transition to clean energy was inevitable.

The wildfires have generated more hotspots in the past two days than any other country, according to NASA satellite data.