September is peak magpie breeding season. And like much of Australia's native wildlife - think deadly snakes, spiders and jellyfish - the country's magpies are meaner than those found elsewhere. 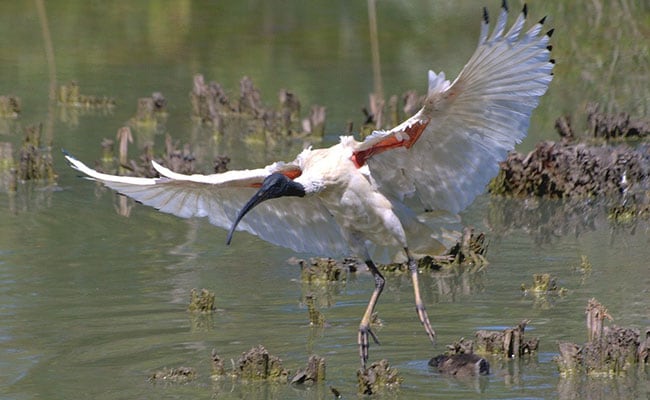 Swooping magpies are a common threat in Australia during spring. (Representational)

It's springtime Down Under, and along with overexuberant local football fans, that means another annual menace on Australian streets: angry birds.

September is peak magpie breeding season. And like much of Australia's native wildlife - think deadly snakes, spiders and jellyfish - the country's magpies are meaner than those found elsewhere. Male birds defending their nests are notorious for attacking people by swooping low at their targets, sometimes striking the heads of perceived intruders with their beaks or claws. They have been known to inflict eye injuries.

Cyclists are at particular risk. A 76-year-old man died of serious head injuries on Sunday, police said, after he veered off a path and crashed into a fence post while trying to avoid a swooping magpie south of Sydney.

Australia's magpies - which are not related to the smaller magpies of the Northern Hemisphere - have become well adapted to urban living, usually nesting high in trees in the country's suburbs and parks. Although they are a protected species, their actions have brought them into conflict with authorities.

Signs in some areas warn passersby of swooping magpies. Some cyclists fit spikes to their helmets as an extra layer of defense. Local officials in one area of Sydney opted to shoot a particularly troublesome bird recently following dozens of complaints.

"This bird was very aggressive and uncharacteristically territorial," the Hills Shire Council said in a statement, according to the Australian Broadcasting Corp.

A website, Magpie Alert, allows users to report and share details of magpie attacks. Users have recorded almost 1,700 attacks this year, resulting in roughly 200 injuries. Most incidents take place between August and October, the mating season in most of the country.

Officials offer advice on how to prevent attacks. The New South Wales state government urges people to "wear a large, wide brim hat and sunglasses or carry an open umbrella" to avoid falling victim to a rogue magpie, and warns that harassing the birds can make them more aggressive.

Magpies are less likely to swoop when a person is looking at them, according to the National Parks and Wildlife Service.

"If they start acting hostile, try to stay calm. Arm-waving or other erratic behavior will come off as an attack, and the magpie might get more aggressive," the organization said in a blog post.

The birds have their defenders, too. They are known for their characteristic song - a complex, warbling repertoire. And despite their sometimes-aggressive tendencies, the magpie was voted Australia's "Bird of the Year" in a 2017 poll - ahead of the Australian white ibis and the laughing kookaburra.

The bird's name is attached to several Australian rules football clubs in the country, including the Collingwood Magpies , whose fans are often stereotyped as particularly belligerent.

(Except for the headline, this story has not been edited by NDTV staff and is published from a syndicated feed.)
Comments
AustraliaDown UnderMagpie