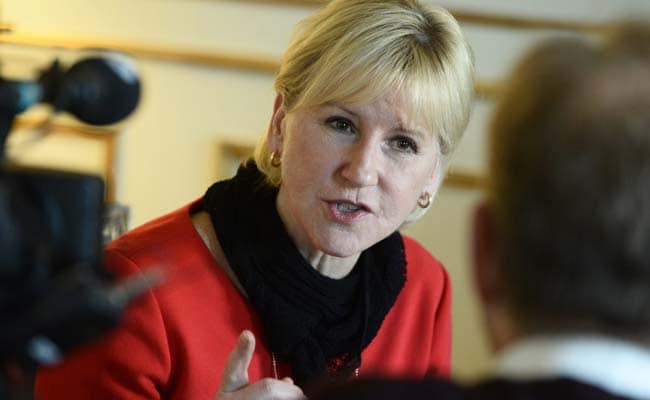 Wallstrom announced Sweden would prioritise women's rights in its foreign policy after the Social Democratic-led government took power in October 2014.

"It will take so much longer, it'll be so much harder ... to get sustainable peace" if world leaders ignore women's views, Wallstrom told foreign media in Stockholm today.

Wallstrom said she was aware that the "feminist foreign policy" tag had raised some eyebrows internationally, but "it defines
us in political security issues. It applies to everything we do.

"In other countries (a feminist foreign policy) can have a negative connotation," she admitted.

In a move widely viewed in Sweden as illustrative of her focus on women's rights, Wallstrom in February said in a speech to parliament that Saudi Arabia was a "dictatorship" that violated women's rights and whipped bloggers.

The statement led to a diplomatic spat that saw the ambassadors from Saudi Arabia and the UAE temporarily recalled from Stockholm and a Swedish-Saudi arms agreement cancelled.

Confederate Flag Man, Another Who Recorded Shooting In Capitol Arrested