Thirty-two per cent of 4,600 registered voters in a Harris Interactive poll planned to vote for Emmanuel Macron's party in France's National Assembly elections. 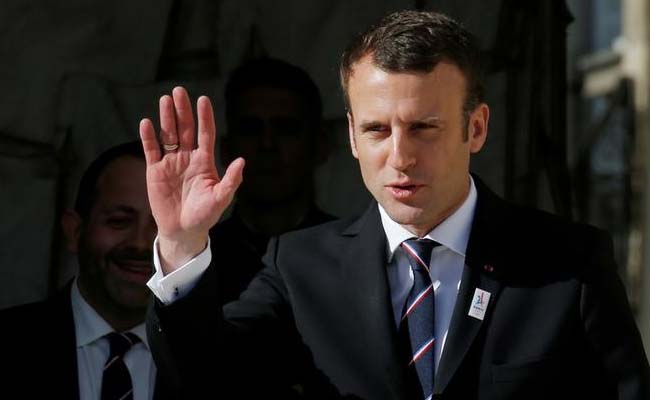 Support for French President Emmanuel Macron's new centrist party is growing before legislative elections next month, a poll found on Thursday, raising the chances that he will be able to win parliamentary backing for his reform plans.

A Harris Interactive poll found Macron's Republic on the Move party, together with allies, set to win the largest share of the vote in the first round of the National Assembly elections on June 11.

Macron, 39, who smashed the traditional left-right grip on French politics to win the presidency, gave ministerial jobs to conservatives, socialists and political newcomers on Wednesday, appointing an unprecedented all-stripes cabinet to bridge divides and broaden his support.

In a morning radio interview, Prime Minister Edouard Philippe dismissed a suggestion that the mixed government was an electoral gimmick, saying 'progress' was its unifying theme.

"Clearly it is a government built to last," he told France Inter. "As the legislatives approach, this (government) is of course essential, and will determine everything that happens afterwards. But the government is here to govern. It is here to prepare the recovery, it is here to create something, it is here to put projects in place."

The new cabinet will meet for the first time on Thursday.

Under the French voting system, if no candidate wins an absolute majority in the first round of voting for the National Assembly, the leading candidates go forward to a second round on June 18. The Harris poll gave no forecast of what would happen then or how many seats each party might win.

But the poll's findings strengthen the chances that Macron will be able to count on parliamentary backing for his plans, which include corporate tax cuts, labour market reforms, and a 50 billion euro investment plan coupled with public spending savings.

The Harris poll for French television found support for the centre-right The Republicans and the far-right National Front both on 19 percent, each down one point from the May 11 poll.

Support for the far-left France Unbowed party rose a point to 15 percent while the Socialist Party's backing fell by a point to six percent.

The online poll was carried out between May 15 and 17 - after Macron named conservative lawmaker Edouard Philippe as his prime minister and before the new government was unveiled on Wednesday.

Six French voters out of 10 hope that Macron will have a majority in parliament, the Harris poll found.

Macron's party announced a list of 428 candidates, most of them political unknowns, last Thursday to fight the parliamentary elections.

But the party, which currently has no seats in the National Assembly, has yet to pick dozens of other candidates for the 577 seats at stake, hoping more politicians from other parties will switch sides.