Sudan's veteran opposition leader Sadiq al-Mahdi's call was backed by top US envoy Tibor Nagy, who urged an "independent and credible" investigation into the June 3 killings. 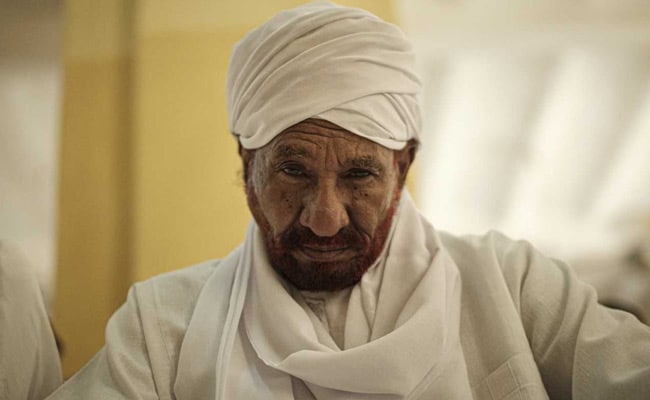 Sudan's veteran opposition leader Sadiq al-Mahdi called on Friday for an "objective" international investigation into last week's deadly crackdown on protesters, after the ruling military council rejected such a probe.

Mahdi's call was backed by top US envoy Tibor Nagy, who urged an "independent and credible" investigation into the June 3 killings.

Thousands of protesters who had camped outside the army headquarters in central Khartoum for weeks were dispersed in an operation which left dozens dead.

The crackdown followed the collapse of talks between protest leaders and generals, following the ouster of president Omar al-Bashir.

The generals had repeatedly pledged they would not disperse the sit-in, but on Thursday admitted that "mistakes" had been made.

Mahdi, speaking after attending Friday prayers at a mosque in Khartoum's twin city of Omdurman, condemned the operation.

"The protest's dispersal was wrong. There should be an independent international investigation into it," he told news agency AFP.

"It's important that the probe is objective and not biased in favour of the authorities."

Mahdi's elected government was toppled in a 1989 coup led by Bashir, who then ruled for three decades before being ousted in April following mass protests.

Nagy, the US assistant secretary of state for Africa, also called for an investigation.

"The USA believe very strongly there has to be an investigation which is independent and credible which will hold accountable those committing the egregious events," he said in the Ethiopian capital Addis Ababa, after a two-day visit to Khartoum.

Along with the newly-appointed US special envoy to Sudan, Donald Booth, Nagy met with military council chief General Abdel Fattah al-Burhan on Thursday.

The June 3 crackdown left about 120 people dead and hundreds wounded, according to doctors linked to protesters, while the health ministry put the death toll at 61.

The protest movement has also called for an international probe, something rejected by the military council.

"We do not accept an international investigating committee. We are a sovereign state," council spokesman Shamseddine Kabbashi told reporters late Thursday.

Expressing "regret" over the crackdown, Kabbashi said the plan had been to clear an area close to the sit-in - but "excesses happened".

He said the military is carrying out its own inquiry, whose findings are to be released on Saturday.

On Friday, worshippers at the mosque linked to Mahdi's National Umma Party appeared frustrated with the generals' version of the crackdown.

"The way the sit-in was dispersed was harsh and unacceptable," said Salim Gebril, a university professor and member of the National Umma Party.

"They (the military rulers) keep saying they are looking forward to reaching an agreement (with the protest leaders) but their tone sounded as if they may take another route."

Mahdi believes the mediation "may have a positive impact," and may help both sides overcome the differences.

(Except for the headline, this story has not been edited by NDTV staff and is published from a syndicated feed.)
Comments
Sudan unrestPresident Omar al-Bashir