A police investigation has been launched to figure out who these people are who have stuck these dolls onto a sacred tree. 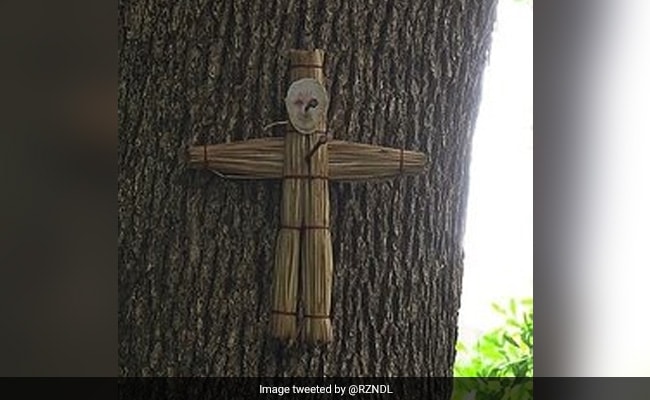 Dolls made of straw that bear the face of Russian President Vladimir Putin along with notes calling for his execution have been found hammered into a sacred castanopsis tree with two long nails in Japan's Chiba prefecture, east of Tokyo. In Japanese these dolls are called “wara ningyo” dolls and are culturally used to ward off evil. They also have been used as part of supernatural rituals, with the dolls themselves representing the curse.

A police investigation has been launched to figure out who these people are who have stuck these dolls onto a sacred tree. According to Newsweek, one straw doll was found at Mikazuki Shrine in Matsudo hammered with two long nails through the areas representing the doll's chest and head. It carried a note that read: "Vladimir Putin, born 7 October 1952. Pray for his extermination."

According to a report in Japanese daily newspaper The Mainichi, locals are not happy about the desecration of sacred trees. According to the publication, local residents stated that they wanted “the sacred trees to be treated with respect," and also pointing out that “shrines are not a place to put curses on people.”

Yukihiro Tajima who is an official at the Mikazuki shrine spoke to the local newspaper and said, "I can understand the feeling of wanting the war to end…But please stop doing such things to the sacred tree."