The partnership was announced as Seattle-based Starbucks faces an aggressive challenge from Chinese upstart Luckin Coffee, which has expanded rapidly on a strategy based on delivering beverages ordered via mobile apps. 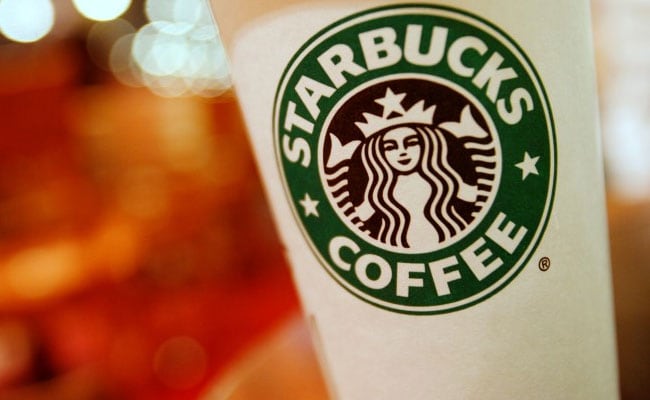 Starbucks coffees will be delivered to Chinese consumers with the help of e-commerce giant Alibaba, the companies said Thursday, as two of the world's biggest names in retail join forces in a China coffee war that is rapidly heating up.

The partnership was announced as Seattle-based Starbucks faces an aggressive challenge from Chinese upstart Luckin Coffee, which has expanded rapidly on a strategy based on delivering beverages ordered via mobile apps.

"We truly believe that this enduring partnership will elevate the coffee culture in China," Starbucks president and CEO Kevin Johnson said at a Shanghai news conference.

Under the arrangement, Starbucks products ordered by mobile apps will be brought to customers by Alibaba's food-delivery unit, Ele.me.

Traditionally tea-drinking China is seeing an explosion in coffee consumption, and has become Starbucks' key market after the United States and main source of new growth.

Starbucks has more than 3,400 cafes in more than 140 Chinese cities and plans to double its stores by 2022. It has said a new Starbucks opens every 15 hours in China.

Starbucks officials stressed that the Alibaba tie-up would not alter its existing growth thrust, but that it would include adding "Starbucks delivery kitchens" to supermarkets run by Alibaba.

Johnson called the tie-up "rocket fuel" for the US company's emerging digital strategy.

Deliveries will begin in September from 150 Starbucks stores in Beijing and Shanghai, expanding to more than 2,000 outlets across 30 cities by year-end.

China's delivery sector has swelled in recent years, fuelled by eager adoption of digital commerce and the rise of start-ups that employ millions of low-wage, scooter-mounted couriers and promise to deliver meals in under 30 minutes.

Chinese restaurants now fill huge volumes of such orders, and many new food-and-beverage outlets are being established solely for deliveries.

Until now, however, Starbucks lacked a comprehensive strategy for tapping that market.

But the pressure has been rising since the launch about a year ago of Beijing-based Luckin, which has grown quickly to hundreds of outlets by offering cheap delivery costs and steep drink discounts.

Luckin plans to open more than 2,000 outlets by end-2018 and vows to disrupt what it calls Starbucks' "monopolistic" China presence.

Starbucks is banking on China to boost global revenues amid market saturation in the US, and last year it opened its largest outlet in the world in Shanghai, a two-story "roastery" spanning nearly half the area of a soccer field.

But Starbucks said recently that same-store sales in China declined two percent in the second quarter, prompting speculation that trade tensions may be turning some Chinese consumers away from US brands.

Johnson declined to specifically address the Luckin challenge when asked, saying the Alibaba partnership was part of a broader global evolution in retail and that Starbucks "has always had a lot of competition".

(Except for the headline, this story has not been edited by NDTV staff and is published from a syndicated feed.)
Comments
StarbucksAlibabaChina