Prime Minister Ranil Wickremesinghe said the government, which has made major strides in capturing the plotters linked to the bombings, plans to introduce a new anti-terrorism law. 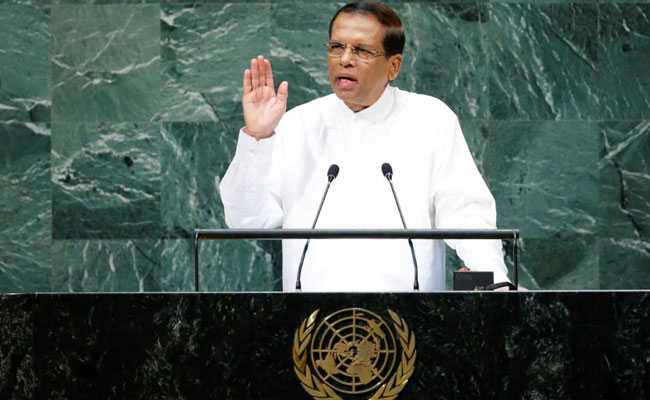 Investigators have dismantled a major part of the network linked to Sri Lanka's Easter Sunday bombings, Prime Minister Ranil Wickremesinghe said on Tuesday, but warned the chance of further ISIS terrorist attacks could not be ruled out.

Mr Wickremesinghe said the government, which has made major strides in capturing the plotters linked to the April 21 bombings that killed more than 250 people, including 42 foreigners, plans to introduce a new anti-terrorism law.

"We have taken measures to normalise the situation," he told parliament. "But we should keep in mind that the threat has not been completely neutralised because it is an issue of global terrorism."

Investigators are still tracking down 10 more key players associated with plotting the bombings, a military source told Reuters on Tuesday.

"The investigations show there were another 8 to 10 people who attended meetings with the other plotters," the source said.

Police say assets worth about $40 million belonging to the bombers and plotters linked to the April 21 attacks have been frozen.

Almost all suspects and plotters involved in the attacks had either been arrested or were dead, acting police chief Chandana Wickramaratne said in an audio statement issued by the defence ministry on Monday.

"There were also two people among that group of plotters who are experts in bombs and those two are dead now," Wickramaratne added. "They had stored part of the explosives for future attacks and we have confiscated all of this."

Sri Lankan authorities have said the bombings were believed to have been carried out by two little-known domestic Islamist groups, the National Tawheed Jamaath (NTJ) and Jamathei Millathu Ibrahim (JMI). ISIS has claimed responsibility.

Investigators from eight countries, including the US Federal Bureau of Investigation and Interpol, are helping Sri Lanka with the investigation.

In focus are whether the plotters had any foreign help, the sources of funding and if the bombers had any credible link to ISIS.

Attendance at state schools, which reopened on a staggered basis on Monday, was low and hotels were hurt by large cancellations.

Official data showed tourist arrivals in Sri Lanka tumbled 7.5 percent in April from a year ago, as travellers stayed away after the bombings.