They are the first island-wide polls since the coalition government took office in August 2015 and are considered an important test of the government's reform agenda. 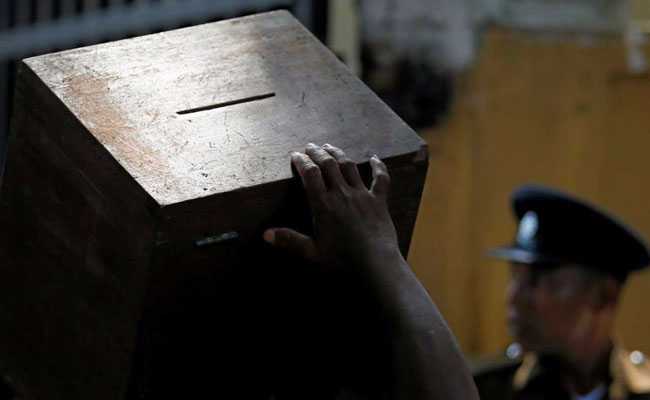 The government has promised a new constitution that devolves power.

COLOMBO: More than 15 million Sri Lankans are eligible to vote on Saturday in long-delayed local elections after a bitter fight between the two main ruling coalition partners that threatens the unity government's future reforms.

They are the first island-wide polls since the coalition government took office in August 2015 and are considered an important test of the government's reform agenda.

The government has promised a new constitution that devolves power and also to facilitate an international probe into alleged war crimes committed in the final phase of a 26-year civil war that ended in 2009, and post-war reconciliation.

However, the government has yet to deliver on these reforms or on promised anti-corruption measures.

In the run-up to the local polls, the coalition partners - President Maithripala Sirisena's centre-left Sri Lanka Freedom Party (SLFP) and Prime Minister Ranil Wickremesinghe's centre-right United National Party (UNP) - which are contesting the polls separately - have blamed each other for the failures.

Mr Sirisena says he wants to take charge of the economy, which is currently handled by the UNP, and has blamed the prime minister's party for failing to tackle corruption.

There are no accurate opinion polls on the election but many political analysts say the UNP is likely to perform best in the polls, in which voters will elect some 8,300 representatives in 340 local authorities across the country.

However, the government is unlikely to collapse because the prime minister's party holds the largest number of seats in parliament and Sirisena's party cannot afford to break away, Mr Kumar added.

"Thus instead, Sirisena will likely stay in the coalition but he will see his power erode further," Kumar said, adding that such an outcome would be "net positive for reforms" as power consolidation with the UNP could reduce future hurdles.

Promoted
Listen to the latest songs, only on JioSaavn.com
The president and his supporters have opposed or neutralised many of the UNP reforms. Under the constitution, Sirisena cannot dissolve the parliament until early 2020.