Emergency Declared In Sri Lanka Ahead Of Presidential Election

The Sri Lankan Parliament announced that the nominations for the Presidential elections will be held on Tuesday and the new President of Sri Lanka will be elected on July 20. 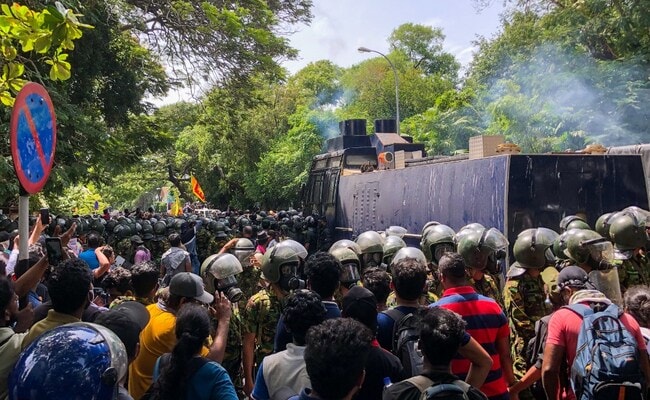 Sri Lanka's Acting President Ranil Wickremesinghe issued an Extraordinary Gazette declaring a State of Emergency in the island nation with effect from Monday, as the country grapples with social unrest and crippling economic crisis.

The gazette notification says, the public emergency in Sri Lanka has been declared in the interests of public security, the protection of public order and the maintenance of supplies and services essential to the life of the community, local media outlet Daily Mirror reported.

The state of emergency has been declared in a proclamation by Wickremesinghe in terms of Article 40(1)(C) of the Constitution, by virtue of the powers vested in him by Section 2 of the Public Security Ordinance (Chapter 40), as amended by Act No. 8 of 1959, Law No. 6 of 1978 and Act No. 28 of 1988, the newspaper reported.

Former President Gotabaya Rajapaksa had offered his resignation after fleeing the country to Singapore. The president first flew to the Maldives after tens of thousands of protesters stormed his official residence in the capital Colombo.

The Sri Lankan Parliament announced that the nominations for the Presidential elections will be held on Tuesday and the new President of Sri Lanka will be elected on July 20.

The economy in Sri Lanka is bracing for a sharp contraction due to the unavailability of basic inputs for production, an 80 per cent depreciation of the currency since March 2022, coupled with a lack of foreign reserves and the country's failure to meet its international debt obligations.

Hundreds of Sri Lankans continue to queue up at petrol pumps across the debt-ridden country every day amid fuel shortage, and a large number of people are ditching their cars and motorcycles for bicycles for their daily commute.

The economic crisis which is the worst in Sri Lanka's history has prompted an acute shortage of essential items like fuel. Long queues at fuel stations in Sri Lanka is the new normal and prices fluctuate subject to availability.

Skyrocketing prices of fuel are also one of the reasons behind the spike in bicycle sales and some stores are running out of stock.