US President Donald Trump, who has grappled with hurricanes Harvey, Irma and Maria in the past six weeks, said at a briefing that the disasters are straining the US budget 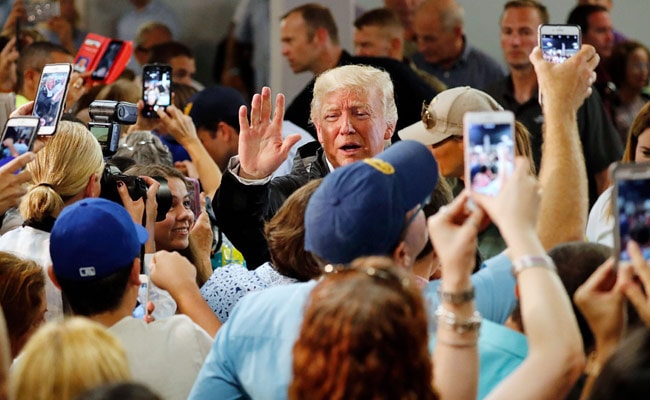 SAN JUAN, Puerto Rico: U.S. President Donald Trump expressed satisfaction on Tuesday with the federal response to Hurricane Maria's devastation of Puerto Rico, despite criticism that the government was slow to address the crisis and two weeks later much of the island's residents are still without basic necessities.

Trump, who has grappled with hurricanes Harvey, Irma and Maria in the past six weeks, said at a briefing that the disasters are straining the U.S. budget.

"I hate to tell you, Puerto Rico, but you've thrown our budget a little out of whack because we've spent a lot of money on Puerto Rico," he said. "And that's fine. We've saved a lot of lives."

Trump visited Puerto Rico to reassure the island's struggling residents that he is committed to their recovery. The economy of the U.S. territory, home to 3.4 million people, already was in recession and its government filed for bankruptcy before it was hit by the worst hurricane in 90 years.

"What's happened in terms of recovery, in terms of saving lives - 16 lives that's a lot - but if you compare that to the thousands of people who died in other hurricanes that frankly were not nearly as severe," Trump told reporters outside a chapel that was serving as a distribution centre for food and supplies.

The storm wiped out the island's power grid, and less than half of residents have running water. It is still difficult for residents to get a cell phone signal or find fuel for their generators or cars. About 88 percent of cellphone sites are still out of service.

While Trump was warmly received by many, not all were happy to see him.

"You are a bad hombre," said a hand-lettered sign in pink marker held by a woman along his motorcade route.

One of the first people Trump met when he and his wife, Melania, touched down in San Juan, Puerto Rico, was the city's mayor, Carmen Yulin Cruz, who has repeatedly blasted Trump as showing insufficient concern about the U.S. territory's plight.

Trump had lashed out at Cruz on Twitter over the weekend for "poor leadership" and cited "politically motivated ingrates" and said some people on the island "want everything to be done for them."

Trump shook hands with Cruz after his arrival but he saved his warm words of praise for other local and federal authorities.

"Right from the beginning, this governor did not play politics," he said of Puerto Rico Governor Ricardo Rossello. 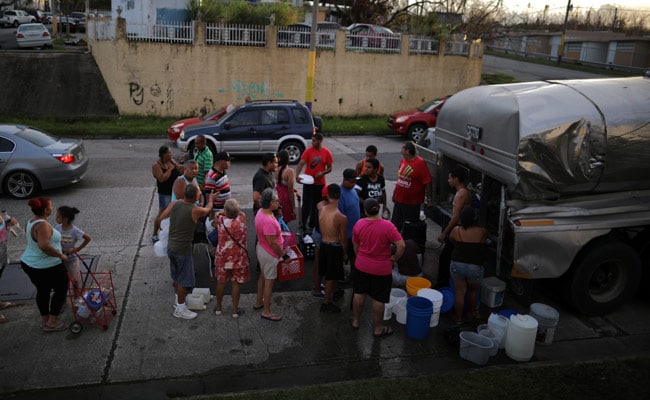 Trump and Melania met survivors of the disaster in the nearby town Guaynabo, walking down a street and talking to several families whose homes were damaged. The sidewalks were piled with debris.

Trump took a helicopter tour of the destruction, seeing hills that are normally lush and green, brown and bare after Maria's winds stripped the branches. He is expected to fly over the USNS Comfort, the just-arrived hospital ship.

Before leaving Washington on Tuesday morning, Trump told reporters that roads were cleared and communication capabilities were coming back on the island. He said the mayor had "come back a long way" since her criticism.

Trump had criticism of his own about the local response.

"Their drivers have to start driving trucks," he said at the White House. "So on a local level, they have to give us more help. But I will tell you, the first responders, the military, FEMA, they have done an incredible job in Puerto Rico."

Valentine Navarro, 26, a salesman in San Juan, shrugged off Trump's trip as a public relations exercise.

"I think he's coming here because of pressure, as a photo-op, but I don't think he's going to help more than he has already done - and that's not much," Navarro said.

Trump got high marks for his handling of Hurricane Harvey in Texas and Hurricane Irma in Florida and the Caribbean.

Caught off guard by the severity of Hurricane Maria's damage to Puerto Rico, Trump did not focus on the storm for days, instead launching a barrage of tweets over his view that National Football League players should be required to stand during the U.S. national anthem.

A previous Republican president, George W. Bush, faced widespread criticism for his administration's initial handling of Hurricane Katrina, which killed some 1,800 people in and around New Orleans in 2005.

Trump's administration has transferred more than $20.5 million in federal funds to Puerto Rico to defray disaster expenses, FEMA said on its website.

The administration is preparing to ask Congress for $13 billion in aid for Puerto Rico and other areas hit by natural disasters, according to congressional sources said.

But that money will only go so far. The island's recovery will likely cost more than $30 billion.

Promoted
Listen to the latest songs, only on JioSaavn.com
(Additional reporting by Jeff Mason in Washington; Writing by Steve Holland; Editing by Bill Trott and Lisa Shumaker)
© Thomson Reuters 2017