SpaceX Falcon 9 Rocket To Send First Test Internet Satellites To Space: All You Need To Know

SpaceX Falcon 9 rocket will send first batch of two Starlink broadband satellites to test out the technology needed to beam down internet from the space. 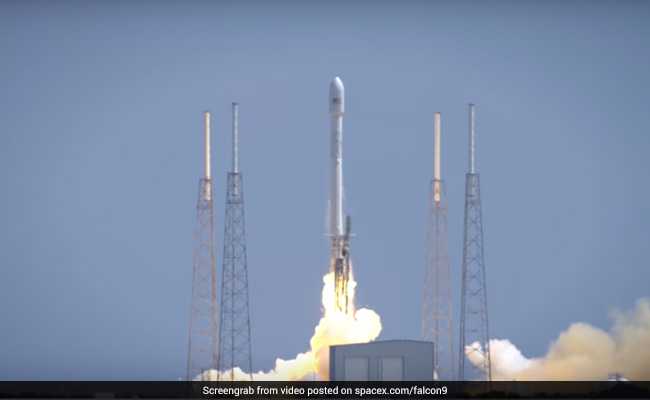 SpaceX Falcon 9 rocket will be launched on February 21.

New Delhi: Helmed by Tesla CEO Elon Musk, SpaceX Falcon 9 rocket will launch on Wednesday, after a delay of four days from its original scheduled date of February 17. The rocket will send first batch of two Starlink broadband satellites to test out the technology needed to beam down internet from the space. This comes two weeks after SpaceX sent the world's most powerful rocket, Falcon Heavy, towards Mars with his own red Tesla roadster in it. With so much buzz and excitement around this one-of-its kind space event, Mr Musk also created a website - www.whereisroadster.com - to track the roadster. Explaining the delay in the launch of SpaceX Falcon 9 rocket, the company tweeted on Sunday: "Team at Vandenberg is taking additional time to perform final checkouts of upgraded fairing. Payload and vehicle remain healthy."

All You Need To Know About SpaceX Falcon 9 rocket:

1. SpaceX Falcon 9 will be launched on February 21 from Vandenberg Air Force Base in California.

4. SpaceX is expected to launch two prototype satellites, called Microsat-2a and Microsat-2b, as part of its Starlink broadband satellite constellation. The goal of SpaceX is to deliver fast, reliable Internet access to virtually everyone. It aims to offer broadband speeds comparable to fiber optic networks and also bring 5G-like service to billions around the world.

Promoted
Listen to the latest songs, only on JioSaavn.com
5. SpaceX ultimately intends to put some 12,000 broadband satellites in low Earth orbit. The initial satellites in the network are expected to come online next year.