After a botched safety test in the fourth reactor of the plant, located in what was then Soviet Ukraine, clouds of radioactive material from Chernobyl spread across much of Europe in what remains the world's worst nuclear disaster. 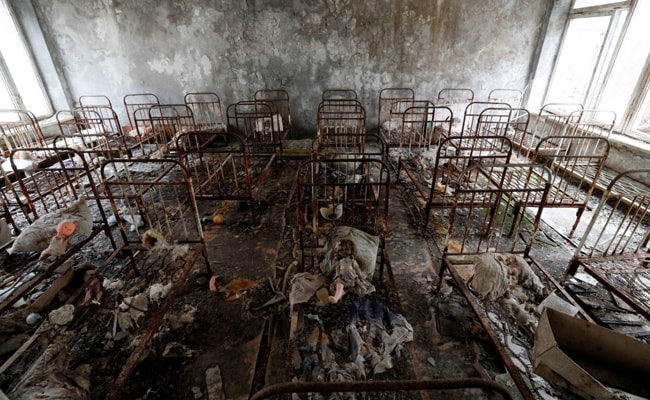 There were separate "emergencies" at the nuclear plant in 1984, the archives show. (File)

The Soviet Union knew the Chernobyl nuclear plant was dangerous and covered up emergencies there before the 1986 disaster, the Ukrainian authorities said as they released documents to mark the 35th anniversary of the accident on Monday.

After a botched safety test in the fourth reactor of the plant, located in what was then Soviet Ukraine, clouds of radioactive material from Chernobyl spread across much of Europe in what remains the world's worst nuclear disaster.

The archives show there was a radiation release at the plant in 1982 that was covered up using what a KGB report at the time called measures "to prevent panic and provocative rumours", Ukraine's security service (SBU) said in a statement on Monday.

There were separate "emergencies" at the plant in 1984, it added.

When a French journalist collected water and soil samples from the Chernobyl area after the accident in 1987, the KGB swapped the samples for fake ones in a special operation, the SBU cited another KGB report as saying.

Thirty-one plant workers and firemen died in the immediate aftermath of the 1986 disaster, mostly from acute radiation sickness.

Thousands more later succumbed to radiation-related illnesses such as cancer, although the total death toll and long-term health effects remain a subject of intense debate.

The present day government in Kyiv has highlighted the Soviet authorities' bungled handling of the accident and attempts to cover up the disaster in the aftermath. The order to evacuate the area came only 36 hours after the accident.

"The 35th anniversary of the Chernobyl tragedy is a reminder of how state-sponsored disinformation, as propagated by the totalitarian Soviet regime, led to the greatest man-made disaster in human history," the foreign ministry said.