Have Reached Agreement In Principle On Free Trade, Steel Tariff With US: South Korea Minister

US officials had on Friday said an agreement could be announced in the coming week. 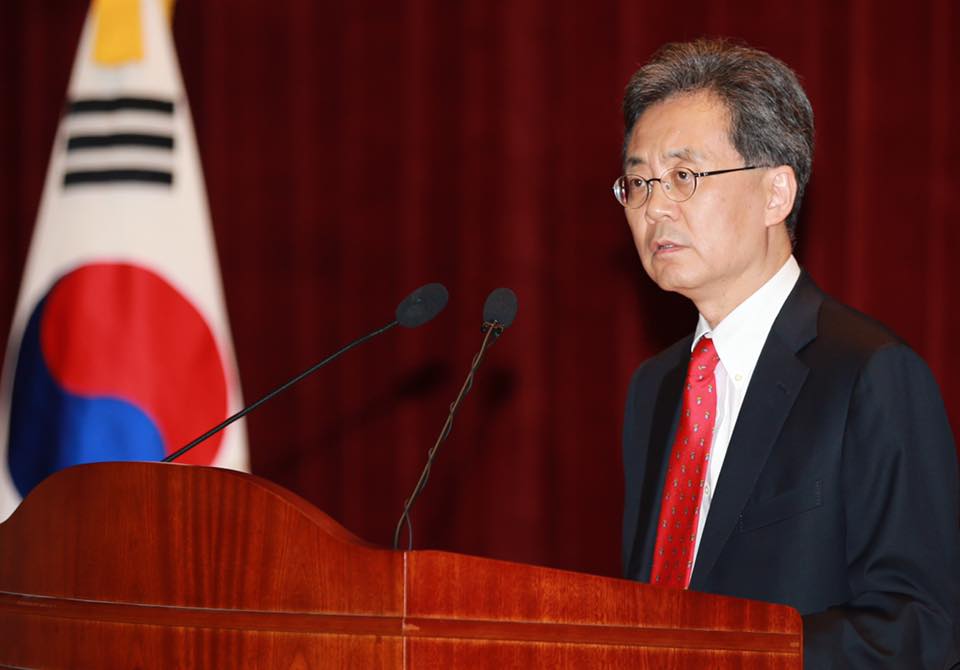 Kim Hyun-chong, South Korea's Trade Minister, was in Washington for talks on trade with US

"Agreement on the bilateral FTA and steel issues has been reached in principle," Kim Hyun-chong said on arrival at Incheon International Airport after talks in Washington, Yonhap news agency reported.

Some technical issues need to be settled at working level but are likely to be concluded shortly, the minister was quoted as saying.

US officials had said Friday an agreement could be announced in the coming week.

Kim said Seoul was able to defend its "red line" on farm goods and no additional concessions were made over tariffs.

He said the agreement eliminated uncertainties related to steel and should allow South Korean products to be shipped to the United States, adding more details would be released Monday after he reports to cabinet.

The Trump administration in July convened talks to renegotiate the free trade treaty, arguing the 2012 deal was lopsided because the US trade deficit had ballooned since it was signed.

President Donald Trump said Friday the two sides were "very close" to finalising the updated pact "and we're going to have a wonderful deal with a wonderful ally."

Commerce Secretary Wilbur Ross said Washington and Seoul were also near agreement on the steel and aluminium tariffs which Trump recently imposed.

South Korea is one of seven economies temporarily exempt from the duties that went into effect Friday and were mainly aimed at overproduction by China.

Despite fears of a tit-for-tat trade war that have sent global markets tumbling, Trump said many countries are now coming to the table to negotiate "fair" trade deals with the United States.

Promoted
Listen to the latest songs, only on JioSaavn.com
The US trade deficit with South Korea has declined since 2014, to $10.3 billion last year.

(Except for the headline, this story has not been edited by NDTV staff and is published from a syndicated feed.)
Comments
US South Korea free trade dealFree Trade Agreement (FTA)