"Events Not Disrupted," Says South Korea On Cyber Shutdown During Olympics; Probe On

Internal internet and wifi systems crashed at about 7:15 pm (1015 GMT) on Friday and were still not back to normal at midday on Saturday, Games organisers said. 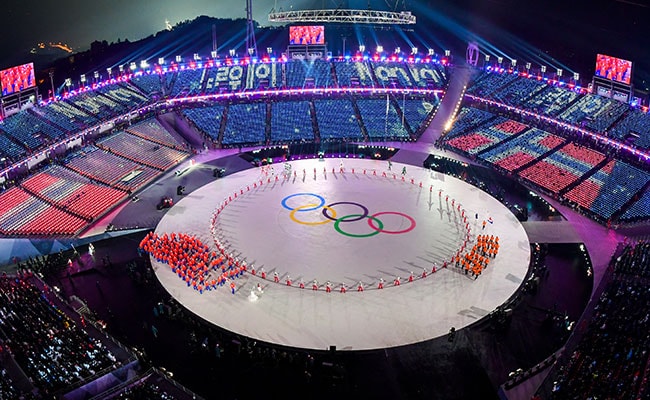 Olympics opening ceremony wasn't affected despite internet and wifi being down, officials said

Internal internet and wifi systems crashed at about 7:15 pm (1015 GMT) on Friday and were still not back to normal at midday on Saturday, Games organisers said.

Cyber-security teams and experts from South Korea's defence ministry, plus four other ministries, formed part of a taskforce investigating the shutdown, they said, adding that it didn't affect the high-tech opening ceremony.

Kim Yo Jong, the sister of North Korean leader Kim Jong Un, South Korean President Moon Jae-in and US Vice-President Mike Pence were among the VIPs at Pyeongchang Olympic Stadium late on Friday.

The outage follows warnings of malware phishing attacks targeting organisations working at the Olympics, and allegations of cyberattacks from Russia which has denied any involvement.

North Korea has also blamed for a series of cyber incidents including the WannaCry global ransomware attack, which infected 300,000 computers worldwide last May.

"We don't want to speculate because we're still trying to find out what the root source is," said Nancy Park, a spokeswoman for the Games organisers.

"We have some reports, we've been working all night trying to find out and working with our partners."

South Korea showed off its technical expertise with a dazzling gala opening ceremony on Friday which included state-of-the-art special effects and augmented reality to add extra impact for TV viewers.

While internet and wifi were affected across the Olympic site spread over two main venues in mountainous eastern South Korea organisers said there was no impact on competition, which got into full swing on Saturday.

"There were some issues that impacted some of our non-critical systems last night for a few hours," Games organisers said in a statement.

"These have not disrupted any events, or had any effect on the safety and security of any athletes or spectators," they added.

"All competitions are running as planned and the systems are working at the expected level."

North Korea has been accused of involvement in a number of cyber incidents, including WannaCry although it has slammed that accusation as "absurd".

Russia has also denied launching any hacking attacks on the Pyeongchang Olympics, where its team is formally banned following the revelation of systemic doping.

While organisers wouldn't comment on the possibility that an attack was behind the shutdown, experts believe disrupting the Games would be seen as a coup for many hackers.

"The whole world's watching. It's one of the largest stages you can possibly have to get a message out there," Ross Rustici, senior director for intelligence Boston-based Cybereason told the Tribune News Service.

Promoted
Listen to the latest songs, only on JioSaavn.com
"You got a lot of lower-tier guys going after these games. It's head-hunting, bragging rights," Rustici was quoted as saying.