South Korea's military fired warning shots at what is suspected to be a North Korean drone over their shared border. 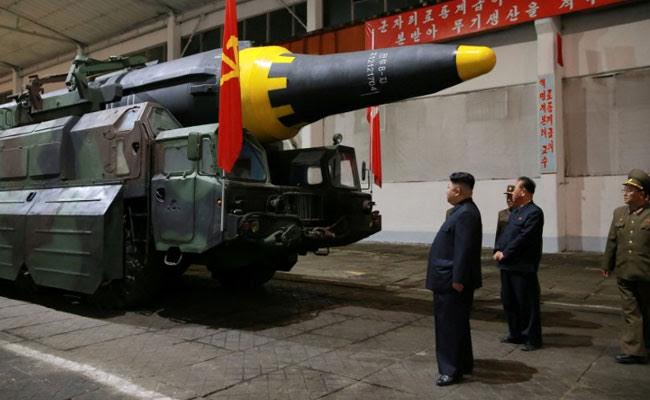 Seoul: South Korea's military fired warning shots at a suspected drone from North Korea on Tuesday amid tension over Pyongyang's latest missile test which drew international condemnation and a warning from China.

The identity of the object remained unclear, the military said, but Yonhap news agency said it was possibly a drone, more than 90 shots were fired in return and it disappeared from radar screens.

The incursion came with tension already high on the Korean peninsula after the North's test-launch of a ballistic missile test on Sunday which Pyongyang said proved advances in its pursuit of building a nuclear-tipped weapon that can hit US targets.

The United States has been trying to persuade China, North Korea's lone major ally, to do more to rein in North Korea, which has conducted dozens of missile launches and tested two nuclear bombs since the start of last year, in defiance of UN Security Council sanctions and resolutions.

The North has made no secret of its plans to develop a missile capable of striking the United States and has ignored calls to halt its weapons programmes, even from China. It says the programme is necessary to counter US aggression.

"We urge North Korea to not do anything to again violate UN Security Council resolutions," Chinese Foreign Minister Wang Yi said in a statement posted on the Foreign Ministry's website on Tuesday.

"At the same time, we hope all parties can maintain restraint, not be influenced by every single incident, ...persist in carrying out Security Council resolutions on North Korea and persevere with the resolution of the issue through peaceful means, dialogue and consultation."

Wang was responding to reporters' questions on Monday while in Ivory Coast, according to the statement.

The North's official KCNA news agency, citing the spokesman for the foreign ministry, said the country had "substantially displayed" the capabilities for mounting a nuclear attack on Hawaii and Alaska and had built full capabilities for attacking the US mainland.

US and South Korean officials and experts believe the North is several years away from having such a capability.

North Korea said on Monday that Sunday's launch met all technical requirements that could allow mass-production of the missile, which it calls the Pukguksong-2.

The test was North Korea's second in a week and South Korea's new liberal government said it dashed its hopes for peace on the peninsula.

"It is the United States' hostile policy and its aggressive joint military drills, nuclear threats and military build-up around the Korean peninsula that really aggravates the situation on the Korean peninsula and the region and which compels the DPRK to also up its nuclear deterrence," he said.

DPRK are the initials for the North's official name, the Democratic People's Republic of Korea. Ju was the only speaker at the forum who did not begin his remarks by offering condolences to Britain for the victims of Monday night's bomb attack at a concert in Manchester.

The South Korean military did not say if the unidentified object was hit by the warning shots on Tuesday, but it disappeared from military radar.

North Korea has previously sent drones into South Korean airspace, with some crashing. In January 2016, South Korea fired warning shots at a suspected drone which turned back.

US President Donald Trump has warned that a "major, major conflict" with North Korea is possible over its weapons programmes, although US officials say tougher sanctions, not military force, are the preferred option to counter the North Korean threat.

(Except for the headline, this story has not been edited by NDTV staff and is published from a syndicated feed.)
Comments
South Korea North korea relationNorth Korea missile programmenorth korea nuclear programme