Shamila Batohi, the first female to occupy the role, is a former prosecutions chief in KwaZulu-Natal province and has served as senior adviser to the prosecutor at the International Criminal Court (ICC) since 2009. 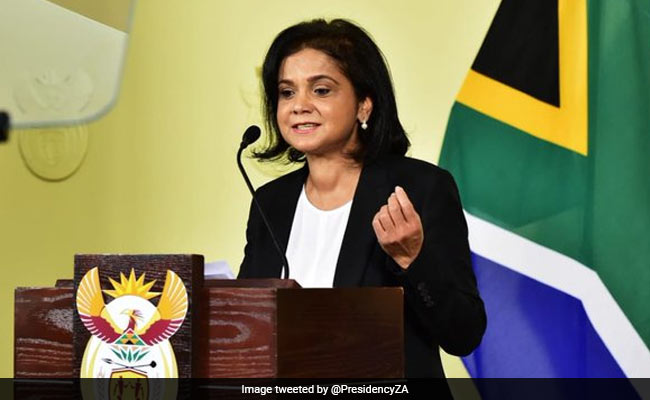 Shamila Batohi was part of a team appointed by Nelson Mandela to investigate apartheid-era hit squads.

His appointment of Shamila Batohi further distances him from Zuma's scandal-tainted rule during which several top jobs, including head of the National Prosecuting Authority (NPA), were filled with loyalists.

"I am confident that the advocate possesses all the attributes of a capable National Director of Public Prosecutions... she has shown herself to be a fit and proper person," Ramaphosa told reporters in Pretoria.

Batohi's predecessor Shaun Abrahams was dubbed "Shaun the sheep" for his slavish loyalty to Zuma and repeatedly manoeuvered to protect him from facing a slew of corruption charges linked to a 1990s arms deal.

It was in the dying days of his tenure that Abrahams decided to reinstate the graft charges which Zuma is now seeking to have dropped. Abrahams was forced out after a court ruled that his initial appointment to the job was invalid.

"As we address matters that South Africans are most concerned about -- such as state capture, corruption and widespread crime -- our country needs a National Prosecuting Authority that is above reproach," added Ramaphosa.

Batohi, the first female to occupy the role, is a former prosecutions chief in KwaZulu-Natal province and has served as senior adviser to the prosecutor at the International Criminal Court (ICC) since 2009.

In 1995, she was part of a high-level team appointed by Nelson Mandela to investigate apartheid-era hit squads.

"This is not just a political appointment. Perhaps it's a sign that maybe we, as South Africa, appreciate the ICC and are rethinking our position on the ICC," political analyst Ralph Mathekga told AFP.

Last year, the ICC's judges ruled that South Africa flouted its duties by failing to arrest Sudanese President Omar al-Bashir during a 2015 visit, but they declined to refer the matter to the UN Security Council.

South Africa subsequently notified the court of its intention to leave, although the International Relations Minister Lindiwe Sisulu suggested earlier this year the government might reconsider.

(This story has not been edited by NDTV staff and is auto-generated from a syndicated feed.)
Comments
Cyril RamaphosaShamila Batohi