The April 1993 slaying of Sophie Sergie, an Alaska native, was one of the state's most notorious cold cases until Friday, when authorities announced that DNA genealogical mapping helped triangulate a genetic match with Steven Downs, 44, a nurse in Auburn, Maine. 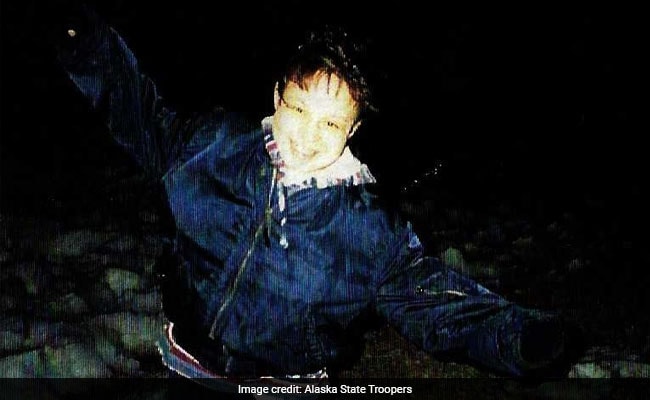 Sophie Sergie, hours before she was murdered.

Elena Sergie sat for the news that her family had waited a quarter-century to hear, shifting in the chair as the details of her daughter Sophie's brutal slaying were again put into words.

"The impact of her murder was felt statewide," a public safety official said from the lectern.

Elena Sergie pulled a tissue from her jacket pocket and wiped tears from underneath her dark glasses. She winced as authorities repeated how much time had passed since the bloody discovery in a Fairbanks dormitory bathtub - nearly 26 years, or six years more than Sophie's age.

The April 1993 slaying of Sophie Sergie, an Alaska native, was one of the state's most notorious cold cases until Friday, when authorities announced that DNA genealogical mapping helped triangulate a genetic match with Steven Downs, 44, a nurse in Auburn, Maine.

Downs was charged with sexual assault and murder, the Alaska State Troopers said. He is also charged in Maine with being a fugitive of justice, said Sgt. Tim Lajoie of the Androscoggin County Sheriff's Department in Maine. Downs did not yet have an attorney, Lajoie said Saturday, and extradition to Alaska will be addressed when the charge in Maine has been resolved.

An Alaska district court filing recounts the long arc of the investigation.

Sophie Sergie, who aspired to be a marine biologist, was a student at the University of Alaska at Fairbanks but left school to save money for orthodontic work. She took three flights to Fairbanks from Pitkas Point - a tiny, verdant town on the Yukon River in western Alaska - to have the work performed.

Shirley Wasuli was happy to have her friend in town. Sergie was happy, too: A photo taken that night shows her with a wide smile, her arms stretched out wide against a ground cover of snow.

Wasuli prepared a bed in her room on the female-only second floor of Bartlett Hall and, with her boyfriend in tow, hosted Sergie for a night of pizza and catching up. Sergie stepped out for a smoke. It was cold, Wasuli told her, and she suggested huddling by the bathroom exhaust vent to avoid going outside.

Witnesses later said she smoked with a group outside, wearing a brightly colored striped sweater poking out from the fringes of her jacket in the photo.

By 1:30 a.m., Sergie had not returned. Wasuli left a note on her door, explaining that she and her boyfriend were sleeping in another dorm. When Wasuli arrived the next morning, she found the note still on the door. The bed was undisturbed. She called the orthodontist; Sergie had missed her appointment.

University janitors found her body that afternoon in a bathtub on the second floor, her sweater and pants half-removed. She had been sexually assaulted, stabbed in the face and shot in the back of a head with a .22-caliber firearm. Investigators found her cigarette lighter when they moved her body. She still wore her socks and shoes.

Investigators canvassed the area and interviewed students who had been at Bartlett Hall, including Downs, then an 18-year-old student, and his roommate Nicholas Dazer, who also worked as a security guard on campus and helped secure the scene. They denied having any knowledge of the crime.

Police recovered the suspect's DNA from Sergie's body. At the time, the district court filing said, DNA processing technology had not been introduced in Alaska. A DNA profile confirming the suspect as male was uploaded in 2000, but it did not match anyone in the FBI's database.

The case went dormant for years. In 2010, a cold case investigator sought to re-interview everyone who lived at Bartlett Hall.

They asked Dazer about weapons. He denied having a gun that fired .22-caliber rounds, but he did recall his roommate Downs had an H&R .22-caliber revolver. But the markings, a forensic scientist concluded, were consistent with many other firearms of the same caliber. The Alaska State Troopers did not respond to a question asking whether investigators followed up with Downs in 2010.

The case spiraled back into an unsolved mystery.

Then the alleged "Golden State Killer" was captured.

In the years since Sergie's slaying, DNA public databases emerged as potent investigative tools. Until recently, DNA samples were passively checked against other records and produced matches only when two sets from the same person were linked.

Today, public databases like GEDmatch are filled with genetic codes volunteered by people with hopes of building out their family trees.

The publicity of the feat, state troopers said, sparked the idea for investigators in the Sergie case. Why not try the same?

A forensic genealogist prepared a report on Dec. 18, comparing the suspect's genetic material from the crime scene to likely relatives. A woman's DNA profile emerged in the search.

Investigators found their link: She was an aunt of Downs'.

Maine State Police visited Downs on Wednesday at his home. Downs denied any knowledge but said he remembered posters of Sergie's face on campus, according to the police. "I remember the pictures. It's terrible, poor girl," he told officers, suggesting that soldiers stationed at nearby Fort Wainwright at the time should be investigated.

A cheek swab was taken the next day for DNA testing. It was a match with the original DNA sample, police said. Downs was arrested without incident.

Friday's news conference ended after a brief summary with no questions taken from reporters. Elena Sergie, appearing unable to stand, remained sitting in an office chair.

Stephen Sergie held the back of the chair, and with the help of Col. Wilson, wheeled his weeping mother out of the room.

(Except for the headline, this story has not been edited by NDTV staff and is published from a syndicated feed.)
Comments
Alaska murder25 year old murder caseUS Murder Case