This Supermodel Has Over A Lakh Instagram Followers, But She's Not Human

Shudu has been called "the world's first digital supermodel" and the obsessive fawning her life-like features provoke suggests she won't be the last. 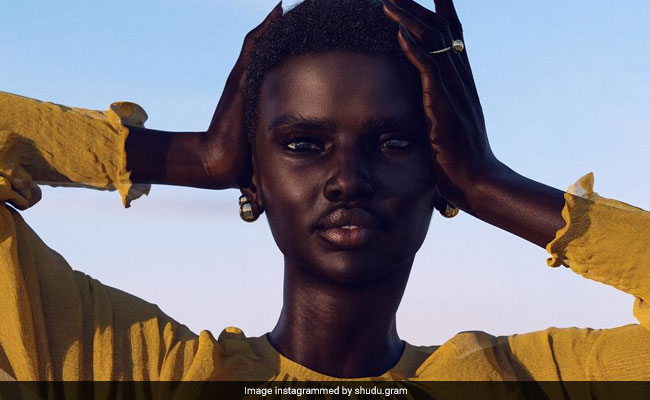 Shudu is a striking Instagram model from Africa with more than 130,000 followers.

In the hyper-competitive world of modeling, fateful discovery stories are part of the industry's lore.

Gisele Bundchen was eating at a McDonalds in southern Brazil when her life changed forever.

Natalia Vodianova was selling fruit at a market in Russia and Adriana Lima was spotted at a shopping mall at age 13.

But what if major companies and fashion brands didn't have to rely on chance - be it a fluke encounter or scrolling through strangers' Instagram feeds - to find the perfect face for their products?

Cameron-James Wilson maintains that some of them no longer need to.

The 29-year-old London-based photographer is the creator of Shudu, a striking Instagram model from Africa with more than 130,000 followers.

Despite her entrancing beauty, Shudu is a purely digital being, a fact that Wilson revealed after Shudu's image went viral, ending months of frenzied speculation about her origin earlier this year.

Shudu has been called "the world's first digital supermodel" and the obsessive fawning her life-like features provoke suggests she won't be the last.

She arrives at a time in which Instagram, Snapchat filters and photo editing apps that rely on artificial intelligence have blurred the lines between reality and fantasy, turning ordinary people into paintings or delicately-featured, digital avatars who preen for "likes." This summer, Time magazine included a mysterious digital avatar turned style icon named Lil Miquela to its list of The 25 Most Influential People on the Internet. Miquela - who was being managed by a computer software firm in Los Angeles at one point - has 1.3 million fans. They dissect her online musings and fashion choices and treat seem Miquela's implicit artifice like an afterthought.

Virtual models like Lil Miquela and Shudu are just the beginning of the avatar revolution, some industry observers say. As people grow increasingly comfortable with these manufactured online identities, some brands see an opportunity to capitalize, Wilson said.

"There's plenty of models out there, but it's hard to find somebody who is truly unique," he said. "A 3D model can't walk down a runway for you, but they can be digital spokespeople that help you shop or serve as the face of your customer service."

But brands are picky, Wilson added, and they "want someone that nobody else can have."

Manipulating digital images of real humans has already been blamed for perpetuating unrealistic beauty standards, which begin to impact children as early as five years of age, according to experts. Now some fear an incoming wave of digital models will place even more pressure on people, particularly women, to live up to an extreme, synthetic version of beauty.

Wilson - who is a fashion photographer by trade and an avid gamer at heart - created models that have dark skin, feminine curves, fine wrinkles and realistic stretch marks, details he added to promote diversity and embrace natural beauty. He recently launched "The Diigitals," an agency devoted to his growing roster of virtual models, at least one of whom appears to be extraterrestrial.

Wilson said his models appeal to the "luxury market" due to the cost and time it takes to produce a 3D avatar. A single model can cost thousands of dollars and require hundreds of hours to produce, with Wilson laboring over minute details that bring his models to life, such as stray hairs and eyes that reflect specs of light.

"Do I think 3D models will impact editorials and put human models out of work - no not really," he said. "It's a completely different space."

But a British company that launched in April is already marketing itself as an alternative to human models. Imraz Models calls itself an "Imagined Reality Modeling Agency." The company's website says its designers can "make faces to fit" any marketing campaign. Another advantage: digital models "never argue, need to eat, throw tantrums or get tired," the company notes.

"Brands can specify the look they're exactly after, down to the race, gender and hairstyle," Philip Jay, a former Playboy photographer who founded Irmaz Models with Irma Zucker, told CNN.

Kelvin Boon, the owner of Boon Models, a modeling agency with branches in New York and Washington, said he sifts through a daily stream of modeling portfolio in search of "quality models." Aspiring models don't always resemble their photos, he said, and those that do often require training before they're ready for professional work.

If credible-looking digital models emerge, he said, "It's going to affect the industry a lot." Why, he asked, would a brand spend thousand of dollars on to hire models and photographers for a single photo shoot when you can hire an artist to create images for far less?

"People don't connect with images that resemble cartoons," he said. "But if avatars begin to look like real people, it's going to take a lot of power away from modeling agencies. Brands will only need human models for promotional events and walking the runways and that's pretty much it."

Others, like Wilson, believe we might see a hybrid system in which models and celebrities license out their digital avatar, allowing them to book multiple appearances simultaneously. A model might appear at a New York fashion shoot in person, but their digital avatar would be in China promoting a movie using the local dialect.

Renee Engeln, a Northwestern University professor and psychologist who studies body image, told CNN that there is a troubling downside to normalizing digital models. Critics of the fashion world have long accused the industry of foisting unrealistic expectations upon the public, particularly women. Engeln said digital models could exacerbate that trend.

"There is no world in which this is good for women's health," she said. "To know that women are going to be comparing themselves to women who ... are literally inhuman strikes me as some kind of joke that isn't very funny."

Lil Miquela is 19-years-old, lithe and freckled, with full lips, flawless skin and a studied nonchalance that radiates cool. She already hawks merchandise from brands like Margiela and Prada, as well promoting Hollywood movies, a luxury hotel and Barneys Beverly Hills. On her Instagram feed, posts highlighting niche designers and streetwear fashion are interspersed by posts drawing attention to social issues like police brutality, homelessness and the Trump administration's child separation policy.

Lil Miquela doesn't hide her virtuality and her appeal comes from this perceived authenticity, making her attractive to brands, according to Jerry Lu, an investor at Lux Capital who writes about frontier tech. To her followers, Lu said, she is real, even if she lacks physical form.

"You have a population of millennials and Gen Z and who are becoming super fluid with their identities, especially online," Lu said, noting that some young people have multiple Instagrams for different facets of their lives. "Avatars represent this fluidity of persona and companies are beginning to realize that having avatars built into their social networks is a useful way to connect with their audience."

(This story has not been edited by NDTV staff and is auto-generated from a syndicated feed.)
Comments
Digital Supermodels3D Models