Wreckage Of Plane Missing In Nepal Found, All 23 On Board Feared Dead 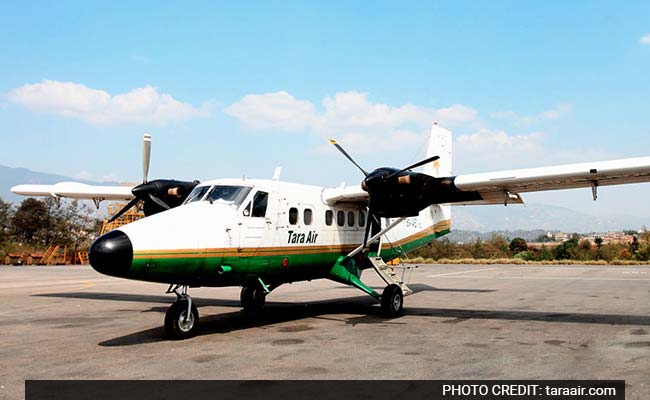 The Twin Otter aircraft that went missing was operated by domestic Tara Air.

Kathmandu: Rescue teams in Nepal today found the burnt-out wreckage of a passenger plane that went missing in a remote mountainous area with 23 people on board, the aviation minister said.

Aananda Prasad Pokharel said the Twin Otter turboprop aircraft had been found in the western district of Myagdi and bodies could be seen scattered around it.

"The wreckage of the plane was found in a completely burnt state in Solighopte in Myagdi district," said Pokharel, minister for culture, tourism and civil aviation.

"The team there say that the bodies are scattered and it is not possible to identify anyone right now.

"More security agencies are being deployed and we are trying to get more information."

The army had deployed helicopters and foot soldiers to search Myagdi, a mountainous district around 220 kilometres (160 miles) west of Kathmandu, after locals reported seeing possible wreckage of the Tara Air plane.

The airline said the plane was carrying three crew and 20 passengers, one a Chinese and one a Kuwaiti national, revising an earlier figure of 18 passengers.

All the others were from Nepal and two of them were children.

Tara Air said the Twin Otter had lost contact with air traffic control eight minutes after taking off from the tourist town of Pokhara early today.

A statement on its website said weather conditions were good when the plane took off for Jomsom, a popular trekking destination in the Himalayas about 20 minutes' flight from Pokhara.

"The weather at both origin and destination airports was favourable and the airport cleared for departure by the control tower at Pokhara," it said.

Tara Air is a subsidiary of Yeti Airlines, a privately-owned domestic carrier founded in 1998 which services many remote destinations across Nepal.

It suffered its last fatal accident in 2010 when a plane chartered by a group of Bhutanese tourists crashed into a mountainside in eastern Nepal.

Air travel is popular in Nepal, which has only a limited road network. Many communities, particularly in the mountains and hills, are accessible only on foot or by air.

"Most flights in the area fly before 9:30am because very strong winds pick up after that," he told AFP.

"It is very strange because it is a brand-new plane and the weather was clear in the morning. The pilot is very experienced and focused on safety, I flew with him only 10 days ago."

The country, which is still reeling from a devastating earthquake last April, has in recent years suffered a number of air disasters which dealt a blow to its tourist industry.

Most have been attributed to inexperienced pilots, poor management and inadequate maintenance.

Two years ago a Twin Otter plane belonging to the national carrier Nepal Airlines crashed into a hillside shortly after taking off from Pokhara, killing all 18 people on board.

The country's aviation sector has come under fire from international authorities and in 2013 the European Union blacklisted all Nepal's airlines.

EU Transport Commissioner Siim Kallas said at the time the country's safety record "does not leave us any other choice".

Nepal's last major aviation accident was last May when a US military helicopter assisting with earthquake relief crashed in bad weather, killing six Marines and seven other people.