There were conflicting statements from tourists as to whether it was a huge bang from a motorcycle or a fight on 42nd Street. 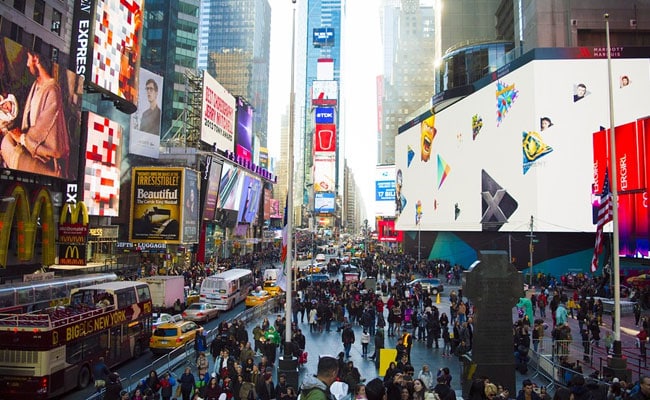 Women fell, babies got injured and scores of people were left shaken to their core as a scare of yet another mass shooting hit tourists at the crowded Times Square in New York late on Tuesday, at a time when anger and frustration had already gripped people after two back-to-back mass shootings in the US.

There were conflicting statements from tourists as to whether it was a huge bang from a motorcycle or a fight on 42nd Street.

The New York Police was yet to issue a statement on what exactly happened.

Several families were seen crying on 44th and 45th Street on Eighth Avenue after a sea of tourists started running all over.

According to some witnesses, they heard a loud bang, possibly coming from a motorcycle, and everyone started running in all directions.

They ran into shopping stores, hotels, restaurants amid scare of a mass shooting, in the wake of recent Texas and Ohio incidents in which 31 people were left dead.

The NYPD and ambulances covered the area within minutes while certain shows on the Broadway were immediately halted.

Paramedics were seen attending to families once the calm returned.

An eyewitness told IANS that there was a fight on 42nd street, after which the panic triggered.

People during a popular Broadway show jumped on the stage amid panic, leading to the show's halt.

US President Donald Trump has condemned hatred and white supremacy in a public address following the mass shootings in Texas and Ohio late on Saturday.