She Hit 'Record' Before Falling To Death. Footage Led To Husband's Arrest

A week and a half after her wedding, Allissa L. Martin plummeted a sickening seven stories to her death. 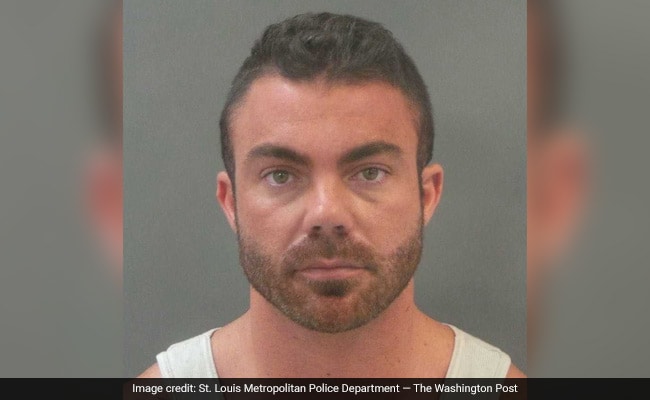 Bradley S. Jenkins, was charged with felony assault after his wife fell from the seventh floor.

A week and a half after her wedding, Allissa L. Martin plummeted a sickening seven stories to her death.

The 27-year-old had headed to Busch Stadium in St. Louis on Saturday to catch a baseball game with her new husband, Bradley S. Jenkins, and some of their co-workers from the Illinois Department of Corrections. It was a balmy summer day in the city, and the Cardinals defeated the Cubs, 7-4. But at some point during the game, things grew tense between the newlyweds and they started to argue, according to court records obtained by the St. Louis Post-Dispatch.

Hours later, a 911 call came in about a woman who had fallen from a parking garage overlooking the stadium.

It was around 1:45 a.m. on Sunday, and officers arrived within minutes. They found Martin lying on the ramp to the parking garage, and determined that she was already dead. Jenkins, 30, was covered with blood and straddling her lifeless body. He was "agitated and appeared to be intoxicated," according to a police affidavit.

Seven stories up, they located Martin's cellphone. It was still recording.

In his probable cause statement, St. Louis Metropolitan Police Detective Mark West wrote that Jenkins "told me several lies" when questioned. He claimed that he hadn't been with Martin on the parking garage's rooftop before she fell. And he denied that their argument ever turned physical.

But the video footage from her cellphone told a different story.

At some point early on Sunday morning, Martin had hit the button to start recording. She filmed herself arguing with her husband before flipping the camera around to focus on him, police said. Rewinding the video, officers could hear her yelling at him to stop punching her in the face.

Then, she dropped the phone.

"Shortly after that, you hear her scream as she falls and you hear the thump of her body hitting the ground," police wrote, according to CNN.

The haunting footage prompted police to charge Jenkins with felony domestic assault, and hold him on a $100,000 cash-only bond as they await the results of an autopsy. He could potentially face homicide charges, the affidavit says. Officials have declined to release the video footage from her cellphone, citing the ongoing investigation.

Both prison guards, Martin and Jenkins were married in Las Vegas on May 22, according to police. In photos posted to Martin's Facebook page over the previous year, the two posed together on the beach with their names written in the sand, and in their matching uniforms from the Illinois Department of Corrections. "If 2018 brought us this much love and happiness I cannot wait to see what 2019 brings us," she wrote in a December post.

Police said that Jenkins lived in Taylorville, Illinois, about 1 1/2 hours from St. Louis and home to the Taylorville Correctional Center, a minimum-security facility housing over 1,000 prisoners. According to WICS, Jenkins began working for the Illinois Department of Corrections in 2010, and had the rank of lieutenant. Martin was a correctional officer who had worked for the department since 2015.

Court records show that Jenkins had previous run-ins with the law, even while working as a correctional officer. He faced felony aggravated battery charges on two separate occasions, and pleaded guilty to a lowered charge of misdemeanor battery in both cases. He received 18 months probation for the first offense in 2012 and 24 months probation and two days in jail for the second offense in 2017. A woman requested a protective order in 2012 that would bar him from contacting her, but a judge dismissed the complaint.

His attorney could not be reached for comment late Tuesday night.