Despite the jump in infections, the average daily death count in the United States has gradually declined in recent weeks. 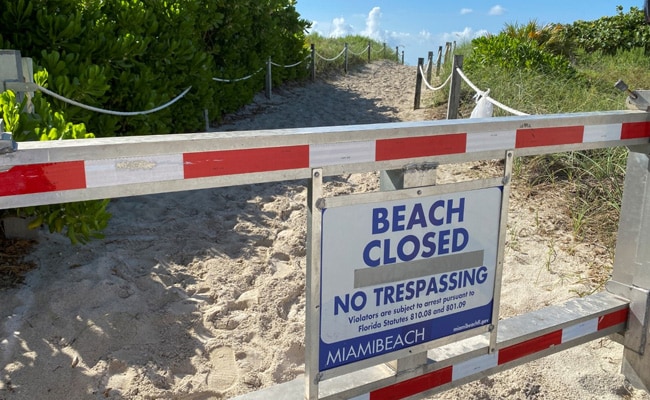 Alabama and six other U.S. states reported record increases in coronavirus cases on Friday as Florida's most populous county imposed a curfew ahead of the Independence Day weekend and Arkansas joined a push toward mandating mask-wearing in public.

North Carolina, South Carolina, Tennessee, Alaska, Missouri, Idaho and Alabama all registered new daily highs in cases of COVID-19, the illness caused by the novel coronavirus. Texas hit a new peak for hospitalizations, with one doctor calling for a "complete lockdown" in the state to get the virus under control.

The recent surge, most pronounced in southern and western states, has alarmed public health officials, who urged caution ahead of a July 4th holiday weekend to celebrate the Declaration of Independence of the United States in 1776.

North Carolina, for one, reported 951 hospitalizations and 2,099 cases, both record highs.

Bill Saffo, mayor of Wilmington, North Carolina, said many infections had been traced to large gatherings and predicted a further jump after the holiday weekend as people disregarded guidelines on social distancing and masks.

"We know that the spread is going to happen. We know probably in about two weeks we'll see a spike from the July 4th weekend," Saffo told CNN.

Despite the jump in infections, the average daily death count in the United States has gradually declined in recent weeks, a reflection of the growing proportion of positive tests among younger, healthier people who are less prone to severe outcomes.

However, U.S. Surgeon General Jerome Adams warned that the impact on fatalities from the recent surge, which started in mid-June, had yet to be seen. "Deaths lag at least two weeks and can lag even more," he told "Fox & Friends" on Friday.

His remarks came hours ahead of a trip by President Donald Trump to Mount Rushmore in South Dakota where he was expected to give a speech to thousands of supporters in which he will rail against the "left wing mob" and view a fireworks display at the landmark depicting four U.S. presidents in stone.

The visit has drawn criticism from Native Americans, who say the remote area is sacred to them, as well as health experts who discourage large congregations of people.

Trump, whose handling of the pandemic has come under harsh criticism from Democrats and some Republicans, has repeatedly sought to dismiss the jump in cases as a function of more tests and again this week predicted the virus would "disappear."

Coronavirus cases are rising in 37 of the 50 U.S. states including Florida, which had 9,488 new cases on Friday, according to the state health department. Florida's 10,109 cases on Thursday set a record for the state and was more than any European country's daily peak at the height of the outbreak there.

Evidence the surge is not simply due to expanded testing, the percentage of tests coming back positive in Florida has hit 16%, up from 4% a month ago, according to a Reuters analysis. The World Health Organization says a rate over 5% is concerning.

Against that backdrop, Miami-Dade County Mayor Carlos Gimenez imposed an indefinite nightly curfew starting Friday and halted the reopenings of entertainment venues such as casinos and strip clubs. Earlier this week, Miami-Dade and neighboring Broward County, the state's two most populous counties, required residents to wear face coverings in public.

Arkansas Governor Asa Hutchinson on Friday authorized the state's cities and towns to enact a "model ordinance" requiring the wearing of face coverings if they choose to do so, becoming the latest Republican to relent to pressure on the issue.

The move came a day after Texas Governor Greg Abbott ordered that face masks be worn in most public places, reversing his stance following an alarming rise in infections in the state, which on Friday marked a new high for hospitalizations at 7,652.

Owais Durrani, a resident at University Hospital in San Antonio, said nearly all the patients coming into the emergency room tested positive for COVID-19 - even those admitted for unrelated issues such as gall bladder infections.

"We, in my opinion, need to go into a complete lockdown and we're still going to see an increase in all of those metrics for two to three weeks and then maybe we turn a corner," he said.

Historic Crown To Be Modified For King Charles's Coronation