Donald Trump has refused to condemn Mohammed bin Salman for the killing of Jamal Khashoggi.

The Senate on Thursday delivered back-to-back rebukes of President Donald Trump's embrace of Saudi Arabia, first voting to end US participation in the Saudi-led war in Yemen and then unanimously approving a measure blaming the kingdom's crown prince for the ghastly murder of journalist Jamal Khashoggi.

Together, the dual actions represent an unambiguous rejection of Trump's continued defense of Saudi leaders in the face of a CIA assessment that concluded Crown Prince Mohammed bin Salman likely ordered and monitored Khashoggi's killing October 2 inside a Saudi consulate in Istanbul. It suggests a bipartisan majority of senators will pursue broader punitive measures when Congress regroups next year - including sanctions and a halt to weapons transfers - despite the administration's objections.

"What we showed in this vote today is that Republicans and Democrats are ready to get back in the business of working with a president - and sometimes against a president - to set the foreign policy of this nation," said Sen. Chris Murphy, D-Conn., a longtime advocate for checking Saudi Arabia's regional expansion. "The United States has said, through the Senate, that our support for the Saudi coalition is no longer open-ended."

The unanimous vote to hold Mohammed responsible for Khashoggi's murder reflects the extent to which senators in both parties have grown tired of Trump's continued defense of Mohammed's denials. It also puts significant pressure on leaders in the House - where the president's Saudi policy is far more divisive - to allow for a similar vote to condemn the crown prince before the end of the year.

Earlier this week, House leaders maneuvered to block rank-and-file members from forcing a vote on any Yemen-related resolutions, an attempt to stop the Senate's effort to curtail U.S. involvement in the Saudis' military campaign by invoking the War Powers Resolution.

Senators voted 56-to-41 on Thursday to support the Yemen resolution, put forward by Sens. Bernie Sanders, I-Vt., and Mike Lee, R-Utah, after seven Republicans joined all Senate Democrats to back the measure. That figure strongly suggests a majority of the Republican-led Senate will challenge Trump on his Saudi policy next year, alongside a Democratic-led House, whose incoming leaders also have promised to be proactive about demanding changes to the status quo.

"The current relationship with Saudi Arabia is not working for America," said Sen. Lindsey Graham, R-S.C., a Trump ally who, nonetheless, is a driving force behind several efforts to punish Saudi Arabia. He often refers to Mohammed as a "wrecking ball." 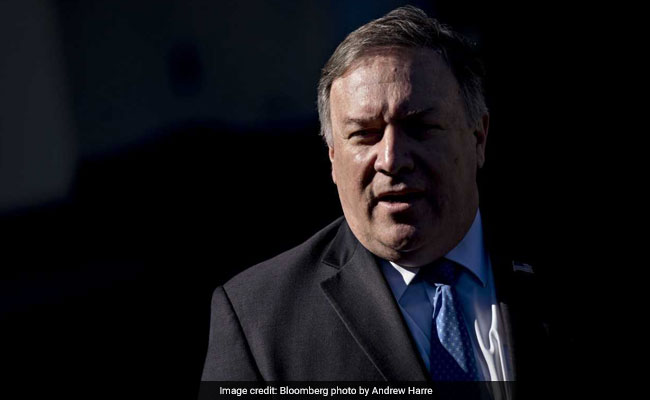 Graham did not vote for the Yemen resolution Thursday, citing concerns about using the War Powers Resolution as a vehicle to call out Saudi Arabia, but he said resolutely this week that his past defense of the kingdom had come to an end.

"I think you're wrong about what's going on up here," Graham said late Wednesday in comments directed toward Trump. "I'm never going to let this go until things change in Saudi Arabia."

The Senate votes came as the two sides in the Yemen conflict agreed to a cease-fire in Hodeida, a port city that is key to the supply of humanitarian aid, and a prisoner swap that is expected to free thousands. While previous cease-fire agreements in the four-year civil war have crumbled, Thursday's agreement - following a week of peace talks in Sweden - have been heralded as an important sign of progress.

It has been months since the United Nations declared Yemen to be the world's worst humanitarian crisis, and the situation has only worsened since, as a proxy battle deepens between U.S.-backed Arab nations and Iran, which supports the rebel Houthi government claiming authority in the country.

International pressure has been building on the warring sides to take steps to end the conflict, and some senators said Thursday that the momentum surrounding their Yemen resolution played no small role in bringing about the cease-fire.

"The concessions that were made by the Saudi side in the negotiations this morning would not have happened if it wasn't for the pressure the United States Senate put on those negotiations," Murphy said.

But in the House, Yemen's peace talks have been an excuse for some lawmakers to seek a pause, to see how things play out before committing to a course of action.

"They have to be held responsible," Rep. Eliot Engel, D-N.Y., the incoming chairman of the House Foreign Affairs Committee, said after the briefing, referring to Mohammed and Saudi King Salman, though he did not back a specific means of holding them responsible.

Meanwhile, there remain Republicans in the House who defend the crown prince - and even those who criticize him over Khashoggi's death said that while he should be rebuked, the punishment should stop there.

Jamal Khashoggi was killed on October 2 inside a Saudi consulate in Istanbul.

"We recognize killing journalists is absolutely evil and despicable, but to completely realign our interests in the Middle East as a result of this, when for instance the Russians kill journalists . . . Turkey imprisons journalists?" Rep. Adam Kinzinger, R-Ill., said. "It's not a sinless world out there."

That stands in sharp contrast to the Senate, where several Republicans have been encouraging a broad response to Saudi Arabia over not just Khashoggi's killing and the Yemen war, but the kingdom's blockade in Qatar, its recent detainment of Lebanese Prime Minister Saad Hariri, and a slate of human rights abuses they say have compromised the U.S.-Saudi alliance.

The House will not take up any such measures this year - not even the Senate-passed Yemen resolution. But leaders will still be under considerable pressure to allow members to vote on the measure condemning Mohammed for Khashoggi's murder before the end of the year.

Trump has refused to condemn Mohammed for the killing of Khashoggi, a Saudi national. Pompeo has echoed Trump's stance in public interviews, and behind closed doors as well, lawmakers said.

"All we heard today was more disgraceful ducking and dodging by the secretary," said Rep. Lloyd Doggett, D-Texas, following the meeting.

House leaders met with CIA director Gina Haspel on Wednesday to hear the details of Khashoggi's slaying. They emerged offering few details about the briefing - or about what step House Democrats would take, once they assume the majority in January, to pursue more punitive measures against Saudi Arabia, beyond holding hearings.