Both suspected victims came from Ha Tinh, an impoverished province in central Vietnam where many of the country's illegal migrants come from. 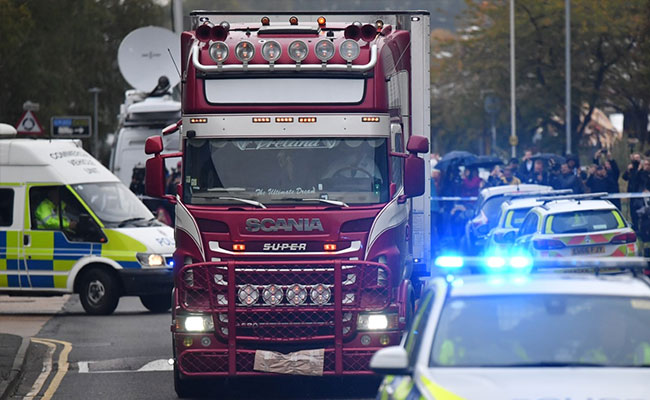 Another Vietnamese citizen is feared among the 39 people found dead in a truck in Britain this week, after his father told AFP Saturday he received a chilling call to say his son died en route to the UK.

British police initially said all 39 people found dead in a refrigerated trailer in Essex were Chinese, including eight women.

But at least two Vietnamese families have now said they fear their relatives are among the victims, who may have been carrying falsified Chinese passports.

Nguyen Dinh Gia said his son told him two weeks ago he planned to travel to Britain from France, where he had been living illegally since 2018.

But Gia got a call several days ago from a Vietnamese man saying "Please have some sympathy, something unexpected happened," he told AFP.

"I fell to the ground when I heard that," Gia told AFP.

"It seemed that he was in the truck with the accident, all of them dead," he added.

He has asked Vietnamese officials to help identify his son, who was believed to be looking for work in a nail salon in the UK.

Contacts in Britain told Gia his son was believed to have left Paris around 3:00 pm local time on October 21, two days before the bodies were found.

A 26-year-old Vietnamese woman Pham Thi Tra My is also believed to be among the dead after her family received a heart-wrenching text message from her on Wednesday before the immigrants were discovered. 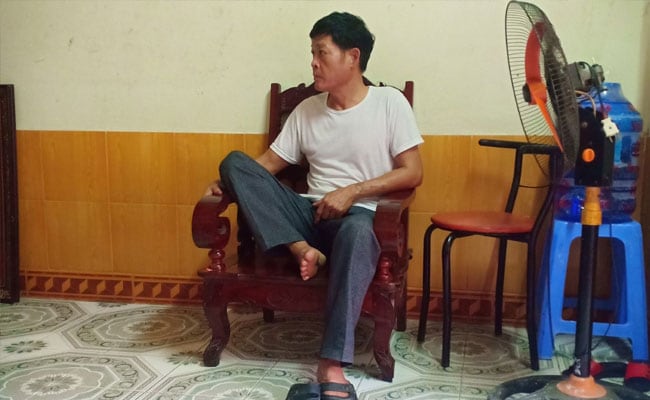 Pham Van Thin, father of Pham Thi Tra My, received a heart-wrenching message from his daughter moments before her death

"I'm sorry Mom. My path to abroad doesn't succeed. Mom, I love you so much! I'm dying bcoz I can't breathe," she said in the message confirmed by her brother Pham Manh Cuong.

He received another message from her on Wednesday saying: "Please try to work hard to pay the debt for mummy, my dear," according to a text sent at 12:15 Hanoi time on Wednesday and seen by AFP.

Both suspected victims came from Ha Tinh, an impoverished province in central Vietnam where many of the country's illegal migrants come from.

Many have their sights set on Britain, where they end up working in nail salons or on cannabis farms, hoping for quick riches.

Many travel through Russia or China and often carry falsified documents for the journeys which can cost up to $40,000.

The 39 bodies were found on an industrial estate in Grays east of London early Wednesday.

A 25-year-old Northern Irish man was arrested at the scene, while two British nationals were arrested Friday on suspicion of trafficking and manslaughter, Essex police said.