"We have now identified 'Alexander Petrov' to be in fact Dr. Alexander Yevgenyevich Mishkin, a trained military doctor in the employ of the GRU," the British-based group said in a report published on its website. 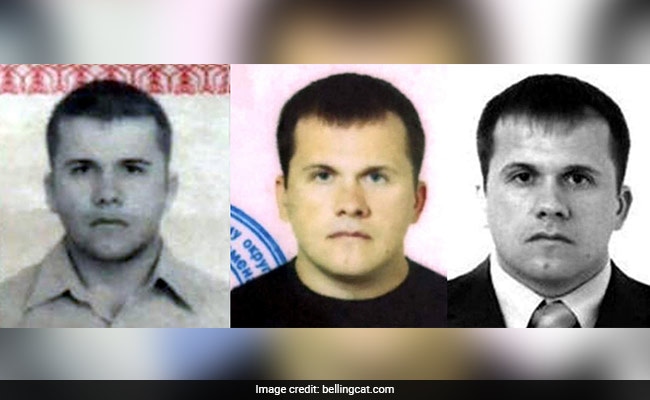 The Kremlin has rejected past charges about its involvement in the case as fabrications aimed at discrediting Russia.

Yet analysts will read Bellingcat's latest publication for more clues into the alleged workings of a Russian spy agency at the centre of several international disputes.

"We have now identified 'Alexander Petrov' to be in fact Dr. Alexander Yevgenyevich Mishkin, a trained military doctor in the employ of the GRU," the British-based group said in a report published on its website.

Skripal and his daughter Yulia were poisoned by a Soviet-designed chemical agent called Novichok in the English town of Salisbury in March.

Britain accuses the Russian government of trying to kill Skripal in retribution for his ongoing work with European intelligence agencies.

Russia says Britain has no proof.

The Skripal case and last week's revelations that the GRU also allegedly tried to hack into the world's chemical weapons watchdog in the Netherlands have further tattered Moscow's strained ties with the West.

Bellingcat became a thorn in the Kremlin's side by detailing its alleged crimes during the wars in Syria and Ukraine.

It worked with the Russian investigative team at The Insider to name the first of the two Skripal suspects as GRU agent Anatoly Chepiga last month.

Bellingcat said Chepiga was decorated in 2014 with the nation's top award in a secret ceremony at the Kremlin.

"While Alexander Mishkin's true persona has an even sparser digital footprint than Anatoly Chepiga's, Bellingcat has been able to establish certain key facts from his background," it wrote.

The group showed an apparent scan of his real national ID card -- called a passport in Russia -- from 2001.

Mishkin was identified there as having been born in July 1979 in the northwestern region of Arkhangelsk.

Bellingcat said he graduated from one of Russia's elite Military Medical Academies with the qualification to become a doctor for the Russian naval armed forces.

"During his medical studies, Mishkin was recruited by the GRU, and by 2010 had relocated to Moscow, where he received his undercover identity -- including a second national ID and travel passport -- under the alias Alexander Petrov," Bellingcat said.

Mishkin was said to have made repeated trips to Ukraine and had even stated the GRU headquarters as his home address.

Bellingcat said it gathered its information from open sources and 'testimony from people familiar with the person'.

The two suspects gave a bizarre interview to a Russian TV channel after the UK government released CCTV footage of their trip to Salisbury around the very time the Skripals were poisoned.

They explained that they went to the small town as tourists and had always wanted to see its tower.

The interview was not only widely mocked but also left security analysts at a loss to explain why Russia would stage-manage their hapless TV appearance in the first place.

One theory suggested by British intelligence was that Russian President Vladimir Putin wanted to publically punish the two men for both fumbling their assignment and getting caught.

Putin added to the mystery by unleashing a fresh attack on Skripal at an energy forum in Moscow last week.

Putin was himself a foreign intelligence officer who was based in the German city of Dresden in the years leading up to the Soviet Union's collapse.