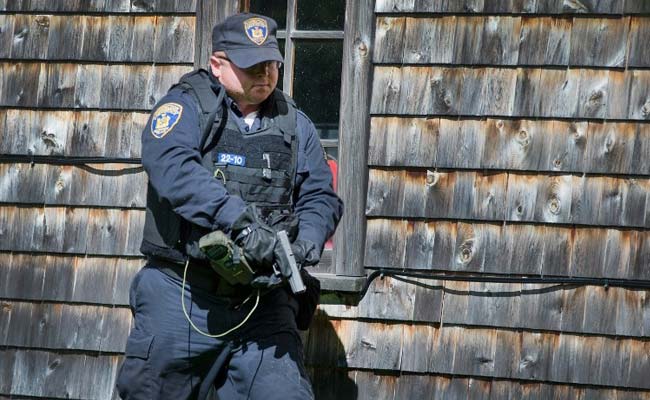 David Sweat was wounded and taken into custody by law enforcement officers near the Canadian border.

New York: A convicted murderer who busted out of a maximum-security New York prison three weeks ago has been shot and captured, US media reported Sunday, two days after his fellow escapee was shot dead.

David Sweat was wounded and taken into custody by law enforcement officers near the Canadian border, several television networks reported.

Sweat, 35, and Richard Matt, 49, broke out of Clinton Correctional Facility in upstate New York on June 6 in a spectacular, Hollywood-style prison break.

The inmates used power tools to cut their way out of their prison cells before dawn, triggering an intense manhunt involving more than 1,000 personnel backed by sniffer dogs and helicopters.

Matt was killed Friday in the town of Malone, less than 10 miles (16 kilometers) from the Canadian border, after he apparently fired at a passing camper van.

Sweat was serving a life sentence without parole for murdering a sheriff's deputy in New York state in 2002 when he was 22.

Matt was serving a sentence of 25 years to life for the 1997 kidnapping and dismembering of his former boss in a 27-hour ordeal.

He fled to Mexico after he murder and killed another American there, before being sentenced to 20 years and extradited back to New York.