The inspiration of my tower comes from the Tower of Babel in the Bible, artist Shen Bolun says. 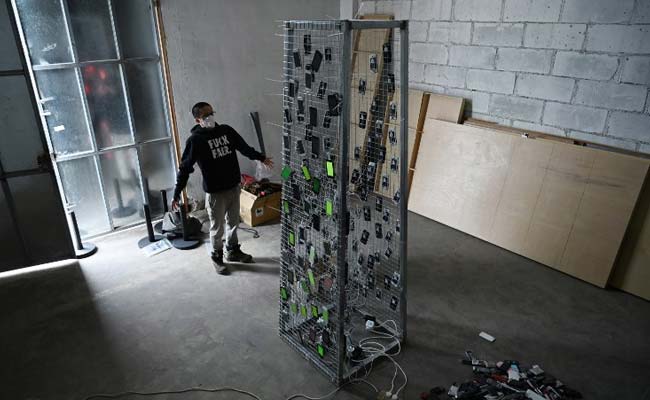 A Chinese artist on Saturday unveiled a sculpture made of discarded mobile phones and shaped like a cell tower in a bid to highlight the problem of electronic waste.

The phones were rigged to a metal frame and synchronised so their screens would flash in various colours.

"The inspiration of my tower comes from the Tower of Babel in the Bible," artist Shen Bolun told AFP, referring to the origin story explaining why people speak different languages.

Displayed in a busy shopping mall in Beijing, the sculpture attracted scores of curious bystanders who stopped to take photos of the exhibit.

"I originally thought environmental protection is waste sorting, but I didn't realise cellphones could be recycled and used again," said primary school student Li Jiaxing, who was viewing the artwork with his mother.

"After seeing this tower, I decided to donate my old cellphone here to make use of its remaining value."

China's waste from computers, mobile phones, and other electronics will reach 15.4 million tonnes by 2020, said environmental group Greenpeace, which organised the display. 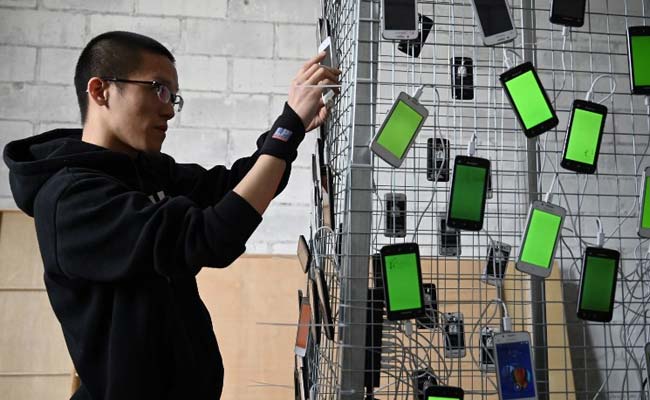 Artist Shen Bolun installing a mobile phone as he works on an art installation entitled 'Tongtian' in Beijing. (AFP)

As a leading manufacturer and consumer of electronic goods, China was a logical place to launch an e-waste recycling and reduction campaign, the group said.

"If these metals are recycled, we can reduce mining and damaging the environment," she added.

But there are still many barriers -- many are either unfamiliar with the recycling procedures or have privacy concerns about the prospect of someone else handling their personal devices.

(Except for the headline, this story has not been edited by NDTV staff and is published from a syndicated feed.)
Comments
Tower of BabelChina e-wasteArtist Shen Bolun