Scientists have taken stem cells from a living species with similar DNA and turned the into thylacine cells. 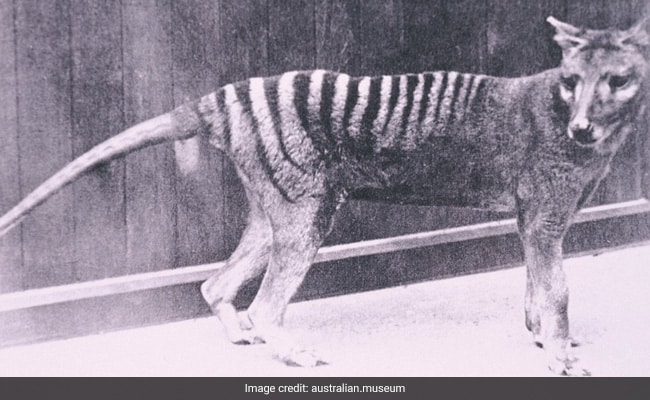 Thylacine was a dog-like creature and popularly known as 'Tasmanian tiger'.

Scientists in Australia and the United States have launched an ambitious multimillion-dollar project to bring back thylacine, a marsupial that became extinct nearly a century ago, according to a report in Independent. The researchers plan to reintroduce the animal to its native Tasmania. The effort is being led by an organisation that specialises in "breakthrough genetic engineering" and describes itself as a "de-extinction company", the outlet further said in its report. The animal is popularly known as the 'Tasmanian tiger' or 'Tasmanian wolf'.

The company says that bringing back the marsupial will again balance the broader Australian ecosystem, which has suffered biodiversity loss and degradation since the predator disappeared, the Independent report further said.

Financial Times said that thylacine could be reintroduced into the wild within a decade. The last Tasmanian tiger died in a zoo in 1936, the outlet further said.

Its population suffered a rapid decline due to the local government, which announced a reward on its killing to protect the sheep.

However, locals have claimed of seeing the animal many times in the wild, spawning hopes that it somehow survived. "It's like our Loch Ness monster," Andrew Pask, a professor and evolutionary biologist at the University of Melbourne, was quoted as saying by the Times. The researcher runs the Thylacine Integrated Genetic Restoration Research - or TIGRR - Lab, which has recreated the thylacine genome.

Explaining the process, The Guardian said in a report that scientists have taken stem cells from a living species with similar DNA, the fat-tailed dunnart, and turned it into thylacine cells using gene editing expertise they have acquired over the decades.

Now, the company is taking help of the new marsupial-specific assisted reproductive technologies will be needed to use the stem cells to make an embryo, the outlet further said.

Thylacine was a dog-like creature with stripes across its back.