A team of scientists has unearthed a 31,000-year-old human skeleton with a part of its lower left leg surgically amputated. 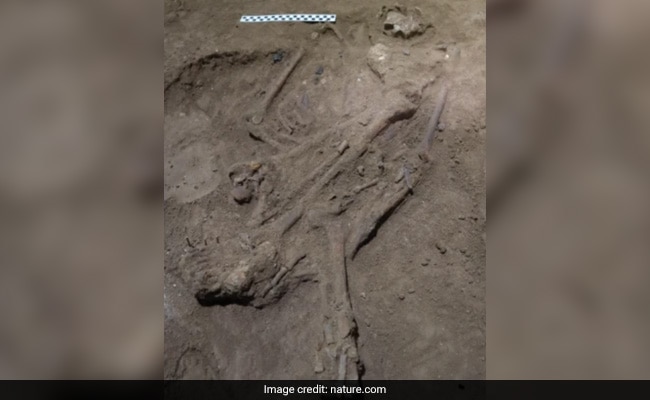 The bones belong to a young individual from Borneo Island.

A team of scientists has unearthed a 31,000-year-old human skeleton with a part of its lower left leg surgically amputated, according to a report in Newsweek. This is believed to be the earliest case of a limb amputation ever found, the outlet further said. The scientists have discovered this skeleton in an Indonesian cave called Liang Tebo.

A description about the skeleton has been published in the journal Nature. It says that the bones belong to a young individual from Borneo Island who may have had a surgery to amputate the left lower leg. According to the study, the boy not only survived the surgery but lived for six to nine years more, the outlet further said.

Before this discovery, the earliest case of a successful amputation was seen on a 7,000-year-old French man's skeleton, who had his left forearm severed just above the elbow.

In 2020, an expedition team led by Australian and Indonesian archaeologists discovered the skeleton while searching for prehistoric rock art in a limestone cave in East Kalimantan, Borneo. The discovery was found to represent proof of the earliest known surgical amputation, thousands of years earlier than other finds of sophisticated medical practises in Eurasia, reported The Guardian.

Talking about the latest discovery, Melandri Vlok, a paleopathologist and co-author of the paper from University of Sydney, told Newsweek, "It was a huge surprise that this ancient forager survived a very serious and life-threatening childhood operation, that the wound healed to form a stump, and that they then lived for years in mountainous terrain with altered mobility, suggesting a high degree of community care."

Though the source of the individual's limb amputation is presently unknown, the authors of the research believe that it was unlikely that an animal attack or other accident led to the amputation because they frequently end in crushing fractures.

According to Johns Hopkins Medicine, traumatic injuries account for roughly 45% of modern-day amputations, with the majority of the rest coming from diabetes and peripheral artery disease that restrict blood supply to particular extremities. Only a very small percentage are caused by genetic abnormalities, infections including sepsis, and limb cancer, Newsweek further said.