Adopting the Twitter hashtag #i_support_ABSHER, some Saudis listed what they like about the e-government portal, which men can use to give permission for women to travel. Without male approval, Saudi women can't leave the country. 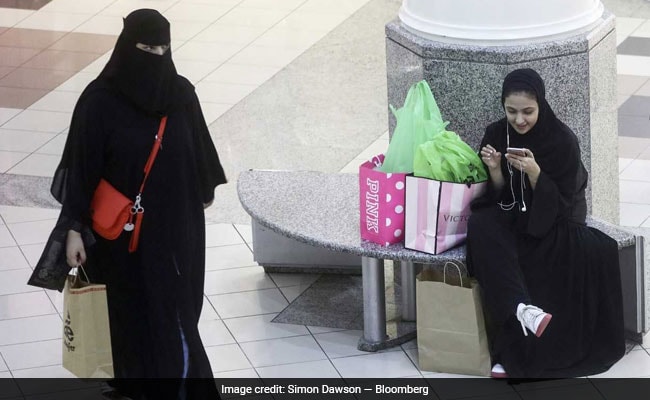 Saudi women are still shackled by the guardianship system.

A Saudi mobile-phone app that's come under fire for perpetuating the kingdom's male guardianship system is drawing praise on social media as the government pushes back against the criticism.

Adopting the Twitter hashtag #i_support_ABSHER, some Saudis listed what they like about the e-government portal, which men can use to give permission for women to travel. Without male approval, Saudi women can't leave the country.

The app received plaudits for providing a simple route through complex bureaucracy that typically drags out applications for things like a passport or vehicle registration.

Some tweets referred to accusations made by human-rights defenders that Absher is cementing the guardianship system, saying those making the claims wanted to make life more difficult for Saudis.

A video shared on Whatsapp urges Saudis to counter the "fierce campaign" against Absher by giving the app five stars on Apple Store or Google Play and writing a glowing review.

Critics and human rights groups, including Amnesty International, have urged Apple and Google to review the app. The use of Absher "to curtail the movement of women once again highlights the disturbing system of discrimination against women under the guardianship system," the group said in a statement to The Washington Post.

The campaign against the app has won support in the U.S., where senior Democrat senator Ron Wyden said in a Twitter posting it's "unconscionable" that Google and Apple are "making it easier to track women and control when and how they travel." Apple CEO Tim Cook told NPR his company will "take a look at it if that's the case."

The kingdom's Interior Ministry said in a statement over the weekend that the allegations against Absher aim to "disable the benefits of more than 160 different procedural services to all members of the society."

#i_support_ABSHER as a women i'm telling the world that is app is a great tool that helps me and many others do finish a lot of government work. pic.twitter.com/09zLbnXqFb

Many Saudi women have pointed out that criticism of the app is somewhat misguided and should be directed at the guardianship system itself, not Absher, which simply provides an electronic way to navigate travel permissions.

Though Saudi women have gained more rights in the past couple of years, they're still shackled by the guardianship system that, according to Human Rights Watch, requires them to receive a man's approval to apply for a passport, travel outside the country, study abroad on a government scholarship, get married or even exit prison.

(Except for the headline, this story has not been edited by NDTV staff and is published from a syndicated feed.)
Comments
Absher App Saudi ArabiaSaudi Women