The issue is dedicated to the "trailblazing women of Saudi Arabia" and lauds the reforms launched by Crown Prince Mohammed bin Salman, who has sought to loosen social restrictions in the conservative kingdom. 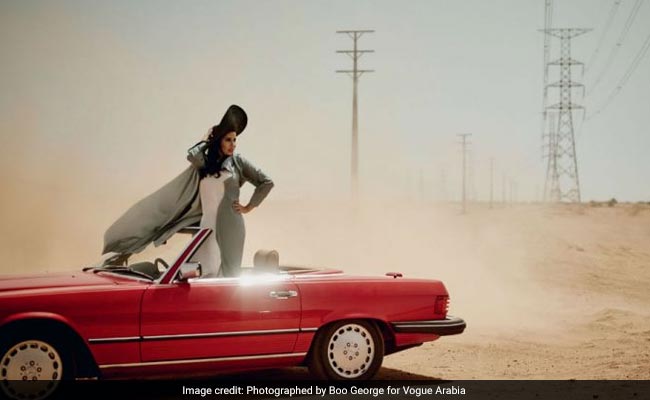 Dubai, United Arab Emirates: A Vogue cover photo of a Saudi princess behind the wheel of a red convertible has ignited heated debate, as it follows a slew of arrests of women driving activists.

The image of Princess Hayfa bint Abdullah al-Saud, in the driver's seat wearing leather gloves and high heels, is on the front cover of Vogue Arabia's June edition, published as the conservative kingdom prepares to lift a driving ban on women.

The issue is dedicated to the "trailblazing women of Saudi Arabia" and lauds the reforms launched by Crown Prince Mohammed bin Salman, who has sought to loosen social restrictions in the conservative kingdom and curb the powers of religious hardliners.

"In our country, there are some conservatives who fear change. For many, it's all they have known," Princess Hayfa, the daughter of the late King Abdullah, was quoted as saying in the magazine.

"Personally, I support these changes with great enthusiasm," added the princess, whose cover photo was shot in the desert outside the western city of Jeddah.

But the image drew scorn from campaigners protesting the arrests this month of at least 11 activists, mostly identified by rights groups as veteran women campaigners for the right to drive and to end Saudi's male guardianship system.

At least four of those activists were released last week, Amnesty International said, but the fate of the others remains unclear.

Reports in state-backed media branded some of the detainees traitors and "agents of embassies".

Many on social media posted the Vogue cover with images of the detained activists photoshopped over the princess's face.

Analysts say the crackdown, which sparked a torrent of global criticism, has underlined the limits of reforms masterminded by the crown prince, who recently undertook a global tour aimed at reshaping Saudi Arabia's austere image.

The kingdom, long condemned for its human rights record, is set to lift its decades-old ban on women driving on June 24.