Organisers in recent years cracked down on cosmetic enhancements, a malpractice that has thrived amid stiff competition and despite heavy penalties at King Abdulaziz Camel Festival in Saudi Arabia. 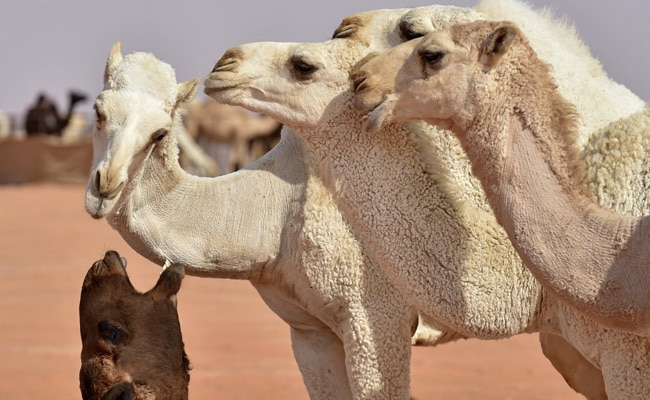 A high-stakes camel beauty pageant in Saudi Arabia has been hit by a cheating scandal after 43 entrants were disqualified for botox injections and other cosmetic enhancements.

The King Abdulaziz Camel Festival is an annual bedouin event held in the desert northeast of Riyadh that lures breeders from around the Gulf with prize money of up to $66 million.

Organisers have in recent years cracked down on cosmetic enhancements, a malpractice that has thrived amid stiff competition and despite heavy penalties.

The enhancements are made in a bid to make the camels' lips droopier and their humps more shapely -- key attributes in the pageant.

"Forty-three camels were disqualified after it was discovered they had been tampered with," the official Saudi Press Agency said on Thursday.

It was the largest number of disqualifications since the beauty contest was inaugurated six years ago. In 2018, more than a dozen camels were barred.

Tampering is uncovered when camels undergo physical and clinical examinations, such as X-rays, to detect cosmetic surgery that includes the injection of botox, the news agency reported.

"The authorities are keen that the camels remain and be presented in their true form and breed," a festival official, who spoke on condition of anonymity, told news agency AFP.

The official said the practice of cosmetic enhancements on camels was considered animal abuse.

"Violaters face hefty fines and are banned from participating in future competitions," the official added.