"Will Try To De-Escalate Tension Between Neighbours": Saudi After Pulwama

India has vowed to retaliate after the suicide attack in Jammu and Kashmir's Pulwama that killed over 40 CRPF soldiers last week, the deadliest attack in the state in decades 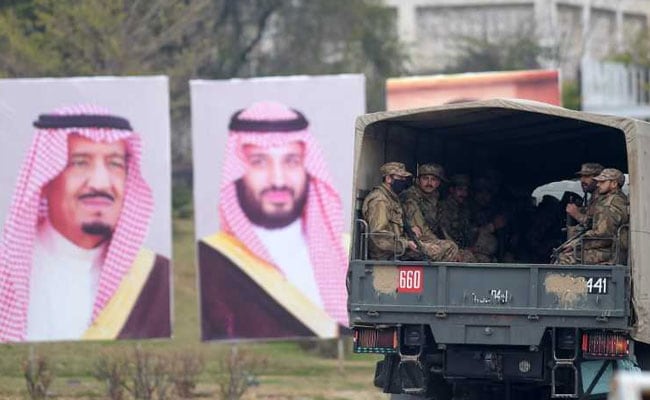 Saudi Arabia vowed to "de-escalate" rising tensions between Pakistan and India during a high-profile summit in Islamabad on Monday as Crown Prince Mohammed bin Salman prepares to travel from Islamabad to New Delhi.

The kingdom's foreign minister spoke at a press conference in Islamabad as Pakistan recalled its envoy from Delhi for "consultations", the latest development in a fresh diplomatic crisis between the neighbours.

India has vowed to retaliate after the suicide attack in Jammu and Kashmir's Pulwama that killed 41 CRPF soldiers last week, the deadliest attack in the state in decades.

The attack has sparked widespread calls in the country for action against Pakistan.

"Our objective is to try to de-escalate tensions between the two countries, neighbouring countries, and to see if there is a path forward to resolving those differences peacefully," said Saudi Foreign Minister Adel al-Jubeir.

The pledge came as the crown prince, widely known as "MBS", prepared to head for India later Monday, at the conclusion of his two-day visit to Pakistan.

The Pakistan-based terror group Jaish-e-Mohammed (JeM) claimed responsibility for Thursday's attack, and the vehicle was driven by a 22-year-old terrorist.

India is garnering diplomatic support after the attack and has vowed to "isolate" Pakistan diplomatically in the international community, saying it has "incontrovertible evidence" of Islamabad's role. Pakistan has rejected the allegations. 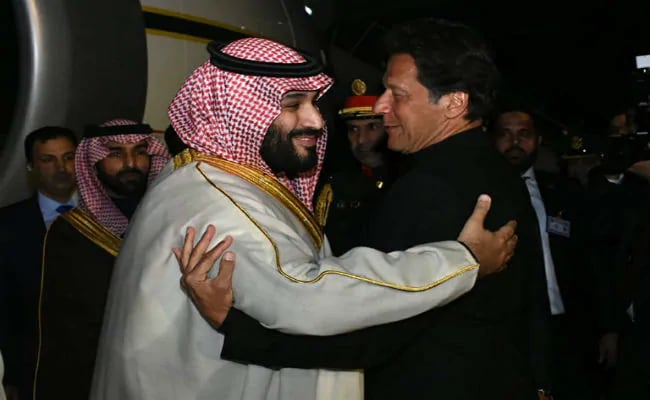 After his arrival late Sunday, MBS signed $20 billion in investment deals with cash-strapped Islamabad and vowed to free thousands of Pakistani prisoners in Saudi custody.

Islamabad is facing a serious balance of payments crisis and hopes the huge deals signed over the two-day visit -- seven separate agreements and memorandums of understanding -- will boost its struggling economy.

Pakistan has laid on a lavish welcome for the crown prince, including a 21-gun salute, fighter jet escort, and honour guard. He was also due to receive the country's highest civilian award Monday, the Nishan-e-Pakistan (Order of Pakistan), before heading to India to meet with Prime Minister Narendra Modi.

MBS is staging a three-country Asian tour just five months after the murder of journalist Jamal Khashoggi, a fierce critic, at the Saudi consulate in Istanbul ignited a diplomatic crisis.

After India, he is expected to finish with two days in China on Thursday and Friday.

Analysts have said the tour is part of a Gulf pivot to rising Asia as a growing oil market, but also a timely demonstration to the West that MBS is not an international pariah.

Pakistan has also been accused by its western neighbour Iran of harbouring terrorists who carried out an attack that killed 27 Revolutionary Guards last week. The Guards' commander has also vowed to make Pakistan pay.

But Islamabad received a boost from Jubeir, who called Tehran a "chief sponsor of terrorism" during Monday's live press conference. Pakistan and Saudi Arabia have enjoyed a long alliance dating back to the founding of the republic.

However, Islamabad has also tried to walk a fine line by maintaining warm relations with its neighbour -- and Saudi Arabia's regional foe -- Iran.