The volcanic eruption on St Vincent island has forced over 16,000 residents to evacuate their homes. 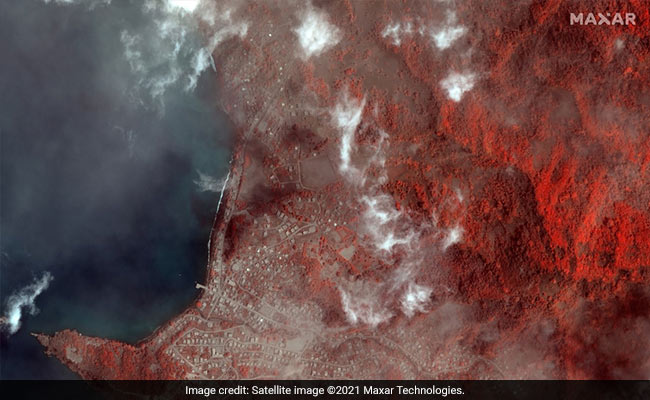 Infrared image of volcanic ash in Richmond Vale on April 13. Click here for a high-resolution image.

The ongoing explosion of the La Soufriere volcano has left the entire island of St Vincent covered in a layer of smoke. The eruption has caused a heavy cloud of ash to cover vegetation and buildings in the adjoining regions of the Caribbean island. The volcano, which erupted last Friday and then again on Monday, has forced over 16,000 residents to evacuate their homes and move to safer spots on the island.

High-resolution satellite imagery has now provided a first look at the northwest coast of St Vincent. The images by the Maxar satellite show the island blanketed by volcanic smoke and ash. The photos also feature the areas as seen on April 2,  before the main eruption occurred, and high definition images taken after the explosion on April 13. They primarily focus on the towns of Chateaubelair and Richmond Vale. 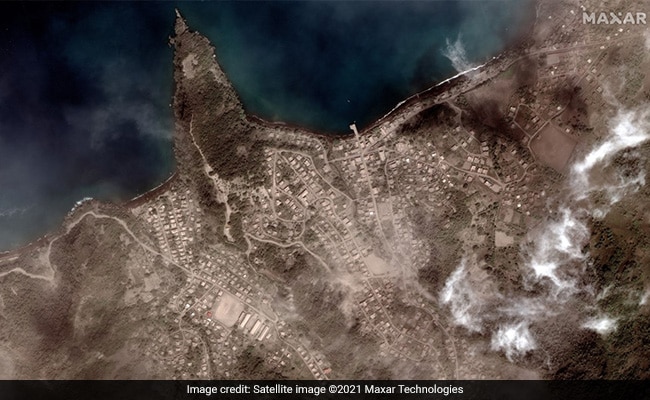 Satellite image of Richmond Vale covered in ash, on April 13, after the volcanic eruption. Click here for a high-resolution image.

The volcano that has remained dormant since 1979 showed the first signs of active rumbling in December 2020 and began to emit smoke. The explosion has cut off water and electricity to most parts of the island. St Vincent's Prime Minister Ralph Gonsalves said the island's airspace has been closed because of the smoke and volcanic ash. 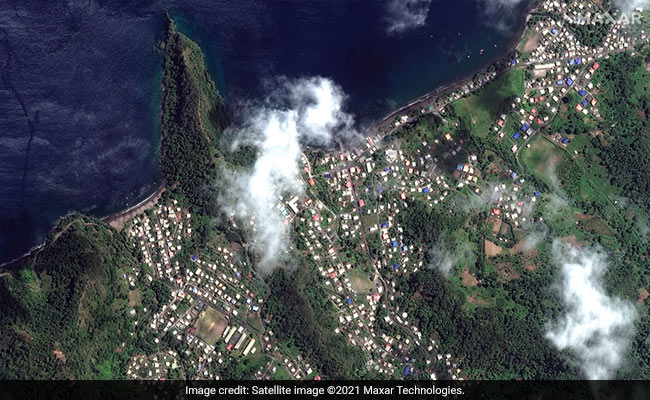 Satellite image of Richmond Vale on April 2, before the volcanic eruption. Click here for a high-resolution image.

42 years to the day that it erupted, La Soufriere commemorates her own anniversary with another explosive episode. It began at 6:30 am and is still being observed. We continue to monitor. #lasoufriere#svg#uwi#redalert#stilldangerous@VincieRichie@soufriere_hillspic.twitter.com/S3NN0imI8Y

"The eruption has affected most livelihoods in the northern part of the island, including banana farming, with ash and lava flows hampering the movement of people and goods," the UN Office for the Coordination of Humanitarian Affairs said in a statement.

Scientists believe that the explosion may last for days or even weeks. Urging people to leave the area, PM Gonsalves said, "It is overtime for you to leave. It is dangerous."

According to the Caribbean Disaster Emergency Management Agency, the Barbados Defence Force and the Simon Bolivar International Task Force team of Venezuela have been deployed to St Vincent to provide assistance and help in the evacuation process.

The evacuation process has been made more complicated due to the coronavirus pandemic. As many as 14 residents of the islands have tested positive for the virus since Friday.