San Francisco has renamed a street in honour of Vicha Ratanapakdee, an 84-year-old Thai immigrant who was attacked in an Anti-Asian hate crime in 2021 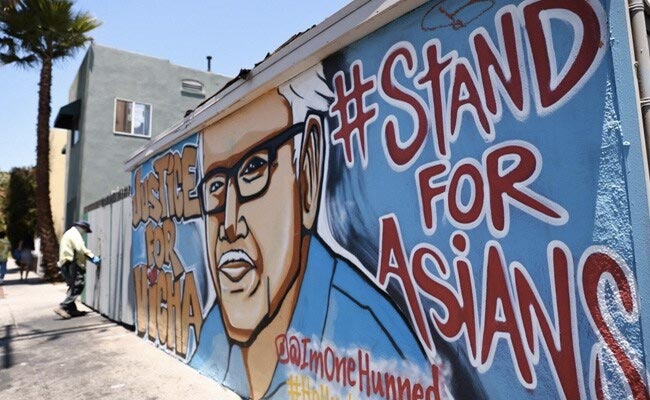 Vicha Ratanapakdee was an 84-year-old immigrant from Thailand.

A street has been renamed in San Francisco, California, the United States in honour of Vicha Ratanapakdee, an 84-year-old Thai immigrant whose brutal murder in 2021 raised awareness of anti-Asian prejudice, according to a report from CNN.

Earlier this year, a resolution to rename Sonora Lane as "Vicha Ratanapakdee Lane" was accepted by the city council members. The new street sign was put in place last week, but a formal ceremony scheduled by his family and supporters took place on Saturday, the outlet further said.

On the morning of January 28, 2021, Vicha Ratanapakdee was out for a walk in the Anza Vista neighbourhood when a man suddenly rushed across the street and pushed him hard to the ground. His family said that he never recovered consciousness after the incident.

Years ago, Mr Ratanapakdee relocated from Thailand to the United States to assist in raising his two grandkids. Because he had a habit of spending hours outside every morning walking, he was well known in the community.

According to CNN, there have been several attacks on Asian Americans documented around the country recently and during the COVID-19 outbreak. Mr Ratanapakdee's death was one of them all. The act, which was also captured in the security footage, outraged the people, inspired artists to create murals and pictures of Ratanapakdee, and gave activists a reason to mobilise behind it.

As quoted by CNN, Catherine Stefani, a member of the San Francisco Board of Supervisors whose district includes the Anza Vista neighborhood, said, "This horrific incident was one of several senseless attacks against members of the Asian American and Pacific Islander community here in San Francisco. Our friends and neighbours should not have to fear the unthinkable when they walk our streets."

A 19-year-old man has been accused of murder and elder abuse following Mr Ratanapakdee's demise. CNN further reported that the case is still continuing despite his not-guilty plea.

The incident was described as a hate crime by Ratanapakdee's family and Asian American activists, who also claimed that it was a result of the recent upsurge in prejudice and violence against the community. However, San Francisco District Attorney Chesa Boudin chose not to file the incident as a hate crime.