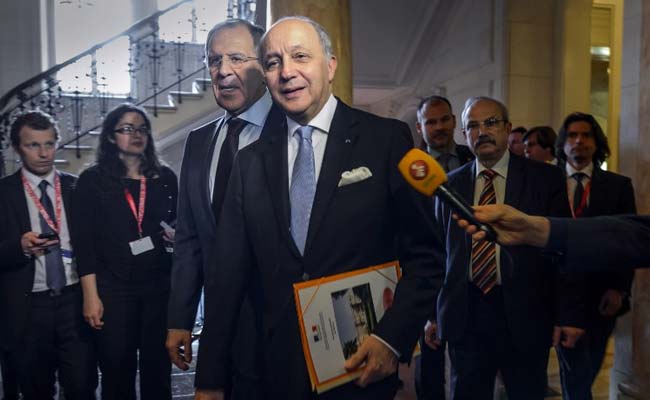 "Indeed I am planning to return and take part in the final part of the ministerial meeting of the six powers," Lavrov told reporters in Moscow.

Moscow had said earlier that Lavrov, who participated in the talks on Monday, would only return if there was a realistic chance of a deal.

"The prospects of this round of talks are not bad, even good I would say," said Lavrov, speaking alongside Vanuatu's foreign minister Sato Kilman.

"Chances are high," he added.

"They are probably not absolute and there is never absolute certainty in anything."

"But these chances are quite realistic if none of the participants at the talks raise the stakes at the last moment in the hope of winning something extra at the end of the final act instead of seeking to maintain the balance of interests."

Promoted
Listen to the latest songs, only on JioSaavn.com
Earlier today negotiators from major powers kicked off a final scheduled day of talks aimed at securing the outline of a potentially historic nuclear deal with Iran.