Russian President Vladimir Putin said special gratitude to those who these days are heroically fulfilling their military duty in the course of a special operation to provide assistance to the people's republics of Donbas. 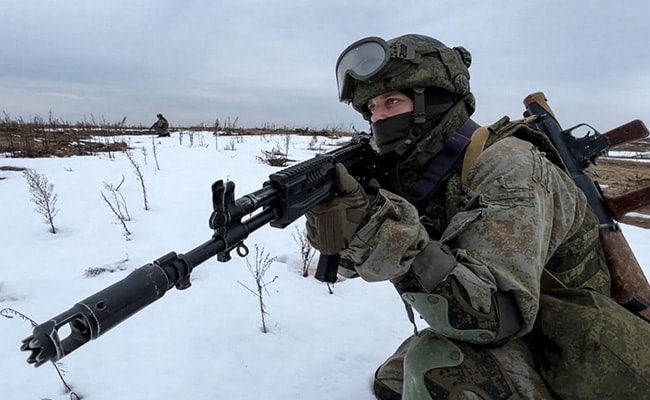 Russian President Vladimir Putin on Sunday congratulated members of special forces on their professional holiday, saying they fought "heroically" in Ukraine, while the Kremlin insisted it was ready for talks with Kyiv.

"Special gratitude to those who these days are heroically fulfilling their military duty in the course of a special operation to provide assistance to the people's republics of Donbas," Putin said in a televised address.

The Russian president on Thursday ordered the invasion of Ukraine. Russian ground forces have pressed into Ukraine from the north, east and south but have encountered fierce resistance from Ukrainian troops, the intensity of which has likely surprised Moscow, according to Western sources.

Separately, Kremlin spokesman Dmitry Peskov told Russian news agencies on Sunday that Russia was ready for talks with Ukraine, adding that a delegation from Moscow had already arrived in the Belarusian city of Gomel.

"We will be ready to begin these talks in Gomel," Peskov said.

Ukrainian authorities have refused to hold talks in Belarus which has allowed Russian troops passage to pro-Western Ukraine.

Toddler Suffers Back Pain, Doctors Find His Brain Was Too Big For His Skull