Russian President Vladimir Putin's hunting and fishing expedition took place in the republic of Tyva in southern Siberia, on the Mongolian border, 3,700 kilometres east of Moscow 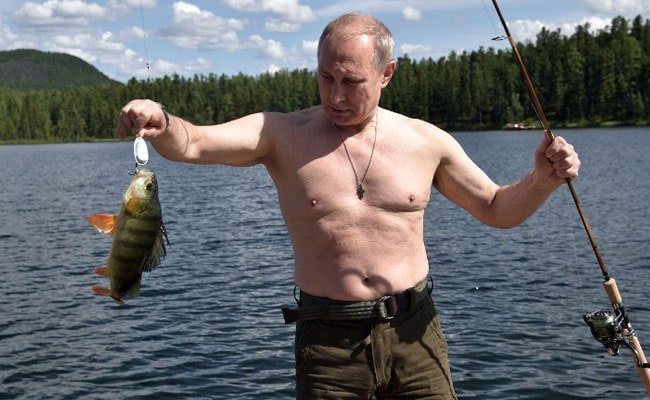 Moscow: Russian President Vladimir Putin stripped to his waist to brave the cold waters of a mountain lake as part of a three-day fishing and hunting trip in the Siberian wilderness, the Kremlin said.

Putin, 64, is renowned for his strong-man publicity stunts, which have contributed to his sky-high popularity ratings. The trip comes eight months before Russia's presidential election next March and, though he has yet to announce his candidacy, Putin is widely expected to run and to win comfortably.

The hunting and fishing expedition took place on Aug. 1-3 in the republic of Tyva in southern Siberia, on the Mongolian border, some 3,700 km (2,300 miles) east of Moscow. 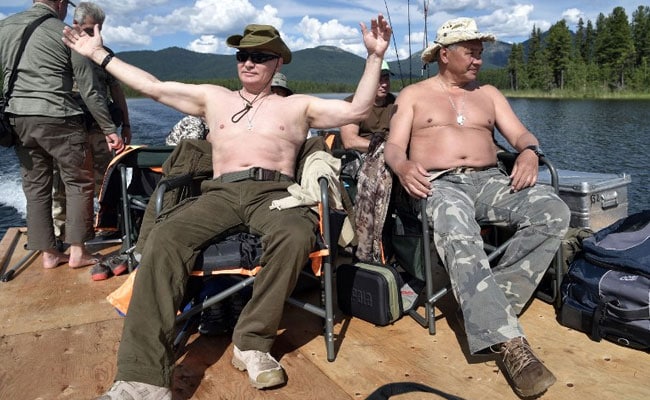 Pictures and video footage released by the Kremlin on Saturday showed Putin - who is also a keen practitioner of martial arts and ice hockey - spear-fishing, swimming and sunbathing alongside Defence Minister Sergei Shoigu.

"The water in the lake doesn't get warmer than 17 degrees, but this didn't stop the president from going for a swim," Kremlin spokesman Dmitry Peskov told reporters on Friday.

Promoted
Listen to the latest songs, only on JioSaavn.com
"He went hunting underwater with a mask and snorkel ... The president chased after one pike for two hours, there was no way he could shoot it, but in the end he got what he wanted."