Russia-Ukraine War: Earlier in May, hundreds of Ukrainian soldiers surrendered to Moscow's troops at Azovstal. 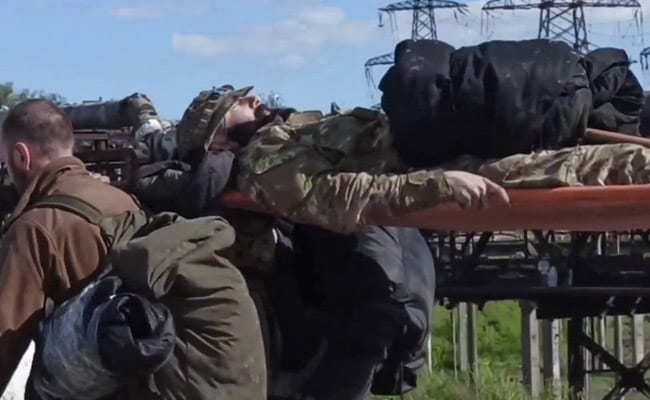 Russia said Tuesday it will hand over the bodies of 152 Ukrainian soldiers found underneath the Azovstal steel plant in the port city of Mariupol, now under Moscow's control.

Russia's defence ministry said its troops found "152 bodies of dead militants and servicemen of Ukraine's armed forces" that it claims were stored inside a cooling unit and that "four mines" were found underneath the bodies.

"The Russian side plans to hand over the bodies of Ukrainian soldiers and servicemen found on the territory of the Azovstal plant to representatives in Ukraine," the ministry added.

After Moscow took control of Mariupol in late April, the city's remaining defenders were for weeks holed up in the underground tunnels beneath the giant Azovstal steelworks.

Earlier in May, hundreds of Ukrainian soldiers surrendered to Moscow's troops at Azovstal and Russia has indicated that they will be put on trial.