Russian forces were also closing in on Severodonetsk and Lysychansk in the Lugansk province. 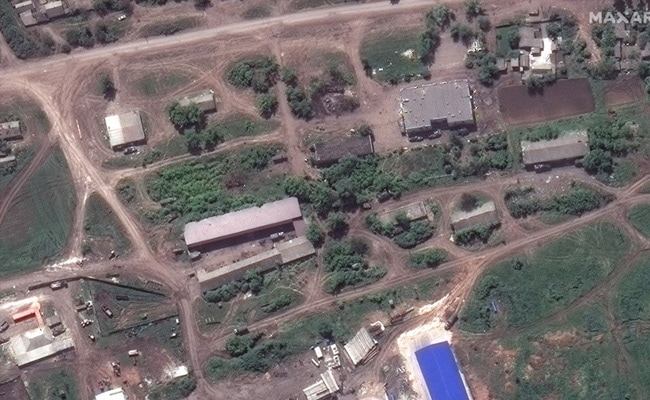 Russia's army on Saturday confirmed it had seized the strategic town of Lyman in eastern Ukraine, on the road to two key cities still under Kyiv's control.

"Following the joint actions of the units of the militia of the Donetsk People's Republic and the Russian armed forces, the town of Lyman has been entirely liberated from Ukrainian nationalists," the defence ministry said in a statement, confirming an announcement a day earlier by pro-Moscow separatists.

Earlier today, Ukrainian presidential adviser and peace talks negotiator Mykhailo Podolyak said that any agreement with Russia cannot be trusted and Moscow can only be stopped in its invasion by force.

"Any agreement with Russia isn't worth a broken penny," Mr Podolyak wrote on the Telegram messaging app. "Is it possible to negotiate with a country that always lies cynically and propagandistically?"

Russia and Ukraine have blamed each other after peace talks stalled, with the last known face-to-face negotiations on March 29. The Kremlin said earlier this month Ukraine was showing no willingness to continue peace talks, while officials in Kyiv blamed Russia for the lack of progress.