Russia, Ukraine Freed Over 50 Prisoners In Latest War Exchange Round

Russia-Ukraine War: Kyiv and Moscow have so far swapped over 1,000 prisoners of war since the beginning of the conflict in Ukraine in February. 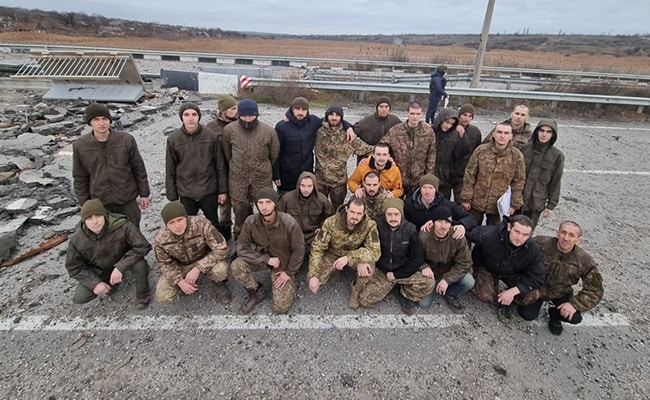 Ukraine had released 50 Russian soldiers who had been captured.

Russia and Ukraine carried out the latest in a series of prisoner of war exchanges on Thursday, with both sides handing over 50 people, officials in Kyiv and Moscow said.

Russia's defence ministry said Ukraine had released 50 Russian soldiers who had been captured.

Andriy Yermak, head of the Ukrainian presidential administration, said on Telegram that Ukraine received 48 soldiers and two officers, among them marines, infantrymen, border guards and members of the territorial defence,

"We have managed to bring back 19 defenders of Mariupol ... as well as 15 prisoners (of war) from the Chornobyl nuclear power plant and seven from Zmiiny Island," Yermak said.

Denis Pushilin, the Moscow-backed head of the part of Ukraine's Donetsk region that is under Russian control, said earlier that a prisoner swap with Kyiv was taking place, involving 50 prisoners on each side.

Kyiv and Moscow have so far swapped over 1,000 prisoners of war since the beginning of the conflict in Ukraine in February.