The fate of the military personnel is "unknown," the ministry said in a statement which was carried by Russian news agencies. A search for the plane was underway. 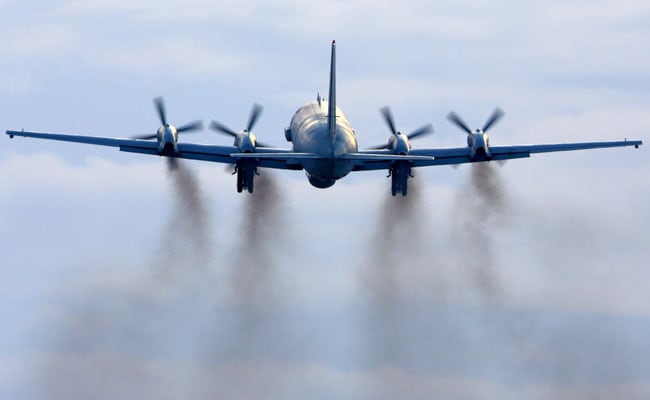 Russia said that the jet had gone off the radar around 11pm Monday. (Representational)

"Connection has been lost with the crew of a Russian Il-20 plane over the Mediterranean Sea 35 kilometres from the Syrian coast as it was returning to the Hmeimim airbase," the Russian defence ministry said early Tuesday.

The fate of the military personnel is "unknown," the ministry said in a statement which was carried by Russian news agencies. A search for the plane was underway.

A search-and-rescue source told the Interfax news agency that the Russian warplane could have sunk in the Mediterranean Sea as a result of an "unforeseen critical incident" in the air.

The ministry said that the jet had gone off the radar around 11pm Monday (2000 GMT) during an attack by four Israeli F-16 jets over Syrian infrastructure in the province of Latakia, a stronghold of President Bashar al-Assad.

There was no immediate comment from the Syrian government.

An Israeli military spokeswoman when asked about both the reported Israeli strike and the Russian plane said: "We don't comment on foreign reports."

A Pentagon spokesman said the United States was not involved and declined to provide further details.

"The missiles were not fired by the US military and we have nothing further at this time," he said.

The Russian defence ministry also said that rockets had been launched from the French Navy's frigate, The Auvergne, which was in the area at the time.

The jet vanished from radar just hours after Russia said there would be no assault against Syria's Idlib as the presidents of Russia and Turkey agreed to create a "demilitarised zone" in the rebel-held province.

After more than four hours of talks with Russian President Vladimir Putin at his residence in the Black Sea resort of Sochi, Turkish leader Recep Tayyip Erdogan said their two countries would "prevent a humanitarian tragedy."

Putin said the two leaders agreed to create a 15-20 kilometre-wide demilitarised zone along the line of contact between rebels and regime troops by October 15.

This would entail a "withdrawal of all radical fighters" from Idlib including the Al-Nusra Front and also the withdrawal of heavy weaponry including tanks, multiple launch rocket systems, Putin said.

Russia-backed forces of the Syrian regime have massed around Idlib province in recent weeks, sparking fears of an imminent air and ground attack to retake the last major opposition bastion.

Russia intervened in the Syrian conflict to buttress the Assad regime in 2015.

Russia has previously lost aircraft during its Syria campaign.

In November 2015, Turkey shot down a Russian warplane near the Syrian border, triggering a severe crisis in ties with Moscow.