The court had ruled for Navalny to be held for 30 days from the day of his arrest on Sunday, Navalny's lawyer Vadim Kobzev tweeted. 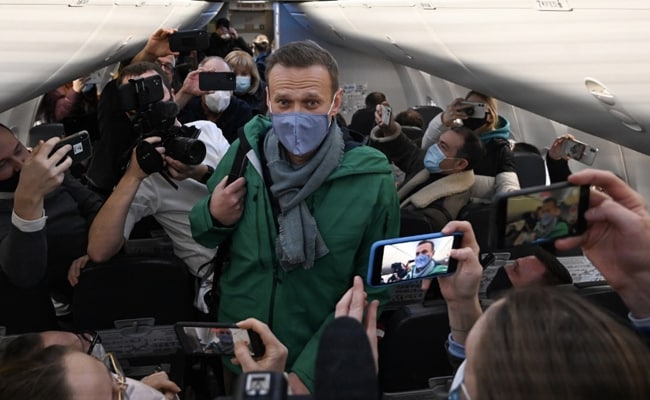 A Russian court on Monday ordered prominent opposition leader Alexei Navalny to be kept in custody until February 15, at a hastily organised hearing after his arrest, aides said.

Navalny's lawyer Vadim Kobzev tweeted from the makeshift courtroom at a police station that the court had ruled for Navalny to be held for 30 days from the day of his arrest on Sunday.

Navalny's personal account also announced the ruling as did several of his key allies who denounced it as a farce.

"They detained him at the border, took him to places unknown, his lawyer was not granted access, the hearing was carried out urgently right in the police station and he was detained for 30 days," Navalny's spokeswoman Kira Yarmysh said.

"This cannot even be called a parody of the rule of law."

The courtroom was set up in a police station in Khimki on the outskirts of Moscow where Navalny was taken after a dramatic airport arrest that prompted condemnation from the West and calls for his immediate release.

Police seized Navalny, President Vladimir Putin's most well-known opponent, at a border control post at Moscow's Sheremetyevo airport less than an hour after he returned to Russia from Germany for the first time since he was poisoned with a nerve agent in August.