Rural Women In India, Elderly In Japan Open Their Homes To Airbnb Guests

A women's organisation in Gujarat has tied up with Airbnb, the short-term home rental service, to train rural women to be hosts and list their homes on its site. A partnership between Airbnb and local womens organisation SEWA is opening up rural homes to guests.

MUMBAI: Mobile apps that help women in the Indian countryside and tiny villages in Japan to open their homes to visitors from across the world are generating incomes, revitalising remote communities and helping to curb migration to cities.

A women's organisation in the Gujarat has tied up with Airbnb, the short-term home rental service, to train rural women to be hosts and list their homes on its site.

A year in, the number of women earning from home sharing has doubled, according to the Self Employed Women's Association (SEWA), which has about 2 million members, mostly in villages.

"At first, we weren't sure how the women would fare and if people would respond to homestays in these areas," said Reema Nanavaty, a director at SEWA.

"But once they began getting guests, the women invested in upgrading their homes and started using Google Translate to communicate with guests. It has become a significant source of income for them," she told the Thomson Reuters Foundation. 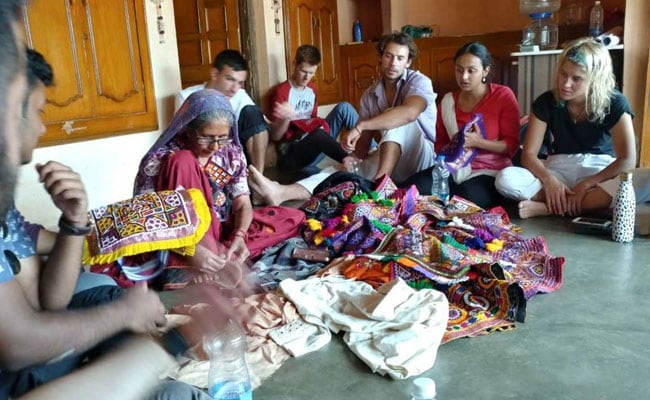 For the women it is a new way to make money, be independent. (Reuters)

Guests to the colourful homes are treated to homecooked Gujarati food, and can participate in kite flying and garba dancing with sticks in traditional costume, she said.

The partnership will extend to 14 more states, aiming to boost incomes of women in rural areas and help boost tourism in otherwise neglected areas, she said.

Cheap smartphones are also aiding those looking for work, with job matching sites helping even illiterate job seekers from rural Cambodia to India find employers without middlemen who may dupe them.

Airbnb also has partnerships in South Korea, Japan and Taiwan for rural tourism.

In Japan, the Yoshino Cedar House, a collaboration with Tokyo-based architect Go Hasegawa and the local community, came about as a response to shrinking rural populations in the rapidly ageing country. 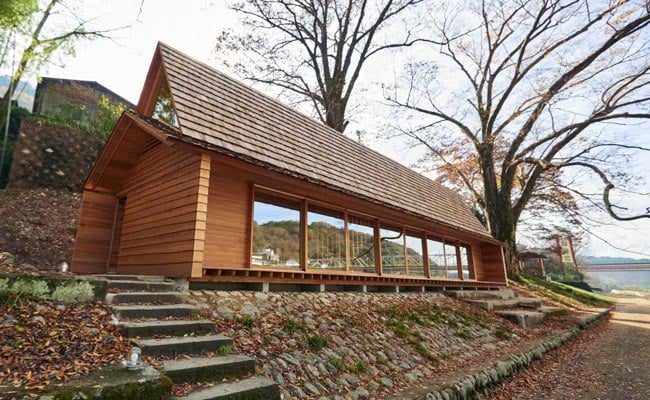 Yoshino Cedar House is a collaboration between Airbnb, a Tokyo-based architect and the community.

It was inspired by a host whose listing helped rejuvenate her village, said Airbnb co-founder Joe Gebbia.

Hundreds of villages and towns "will disappear in the next decade if we do not find ways to create regenerative and adaptive systems", he said via e-mail.

The Cedar House is run by a cooperative of about two dozen community members who take turns at being the host.

Most of the proceeds remain in the community, with a percentage of profits reinvested in local projects, Gebbia said.

"If we can get community-driven empowerment right in Japan, we can find ways of adapting this to other countries," he said.

In India, the 50 rural homes listed on Airbnb are drawing guests from the United States and Europe, Nanavaty said.

Promoted
Listen to the latest songs, only on JioSaavn.com
"Some of the villages were not even on Google Maps. For the women, it is a new way to make money, be independent," she said.
© Thomson Reuters 2018