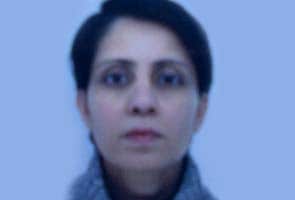 London: The family of the India-born nurse, who is believed to have committed suicide after receiving a hoax call on Kate Middleton's pregnancy, is struggling with the prospect of massive legal bills to uncover the truth.

Jacintha Saldanha, 46, was found hanging in her room at a nurses' accommodation block at the King Edward VII hospital in west London last December, days after she received a call from two Australian DJs posing as members of the royal family.

Her Bristol-based husband, Benedict Barboza, 49, son Junal, 17, and daughter Lisha, 14, have now been denied legal aid for the inquest into her death, scheduled for March 26, and say the funds required to hire a legal team are beyond their means.

Ms Saldanha, originally from Karnataka, was the chief breadwinner of the family.

Legal aid is offered by the British state for legal advice, mediation or representation in court for someone unable to afford the costs.

For inquests, however, bereaved families are granted legal aid only in special circumstances, if there is deemed to be a wider public interest or if a relative is required to give evidence.

According to a report in the Independent, the bill for legal representation for the Saldanha family could run into thousands of pounds and without a lawyer, they fear they would struggle to question hospital chiefs on the circumstances of a qualified nurse like Ms Saldanha being put on reception duty to answer calls from the media.

Their lawyer, John Cooper, has been working pro bono on the case so far and believes this lack of legal aid would deny the family an opportunity to be assisted in the only hearing into a "very tragic case".

"It is not just the inquest hearing they need representation for, the family feels they also need to ask if there has been adequate disclosure... the case will require some pressing questions of the hospital which the Coroner cannot ask," he said.

The questions which remain unanswered for the family revolve around hospital protocols to uncover all the relevant surrounding circumstances which led to Ms Saldanha's death.

"Simply saying she committed suicide is not the end of the story; they say they want to know the rest of it," their lawyer added.

A Legal Services Commission spokesperson said legal aid for inquests is granted only in exceptional cases because they are not "adversarial" and concerned only with establishing the facts behind a death.

"There is the ability for a family or those connected with a deceased to make submissions or put questions to the Coroner, but funding for advocacy at inquest is only granted on an exceptional basis as it is not covered by the usual scope of legal aid.

"Any funding decision also has to account for an applicant's financial means, and also those of the immediate family. There is a right of appeal if an application for funding is refused," the spokesperson said.

The family is believed to be considering an appeal against the decision.

Last month, the Crown Prosecution Service (CPS) had decided there was no evidence to support a charge of manslaughter against the Australian DJs who made the hoax call to the hospital where Prince William's wife was being treated for pregnancy-related sickness.

Radio presenters Mel Greig and Michael Christian were described as "misguided" in their actions and the call, which had sparked international outrage against the radio station, was categorised as a "harmless prank".

Promoted
Listen to the latest songs, only on JioSaavn.com
According to the Metropolitan Police, three notes were found with the nurse's body. One of them reportedly criticised colleagues over Ms Saldanha's treatment at the hospital, which has been conducting its own investigations in conjunction with the inquest.