Former White House staffer and TV celebrity Omarosa Manigault Newman has released a recording of a private conversation with President Donald Trump after she was fired. 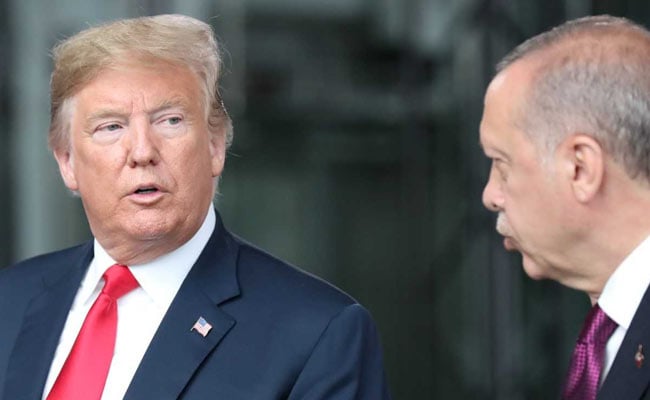 Recording appears to show Trump has little knowledge of what is happening inside White House. (File)

Former White House staffer and TV celebrity Omarosa Manigault Newman has released a recording of a private conversation with President Donald Trump after she was fired.

NBC's "Today" program on Monday played the brief recording, in which Trump claims to have had no knowledge that she was sacked and expresses regret at the news.

The recording is the latest volley from the disgruntled 44-year-old, once an ardent Trump ally, and represents another stunning breach of presidential trust.

But it also appears to show a president who has little knowledge of what is happening inside his own White House -- or who is willing to lie to avoid confrontation.

"Omarosa? Omarosa what's going on? I just saw on the news that you're thinking about leaving? What happened?" he said, apparently unaware she had already been fired.

"Nobody even told me about it," Trump is heard saying, after chief of staff John Kelly terminated her employment.

"You know they run a big operation, but I didn't know it."

He continues: "I didn't know that. Goddamn it. I don't love you leaving at all."

Trump has already branded "Omarosa" -- as she is commonly known -- a "lowlife" after she released a recording of her firing, seemingly recorded in the White House Situation Room.

He lashed out further at his former friend in a series of angry tweets, as he prepares to return to the White House after an 11 day vacation.

"Wacky Omarosa, who got fired 3 times on the Apprentice, now got fired for the last time. She never made it, never will. She begged me for a job, tears in her eyes, I said Ok. People in the White House hated her. She was vicious, but not smart. I would rarely see her but heard.... " Trump tweeted.

"...really bad things. Nasty to people & would constantly miss meetings & work. When Gen. Kelly came on board he told me she was a loser & nothing but problems. I told him to try working it out, if possible, because she only said GREAT things about me - until she got fired!"

Trump seemed to acknowledge that the unseemly fight would have been unusual for most of his 44 predecessors as president of the United States.

"While I know it's 'not presidential' to take on a lowlife like Omarosa, and while I would rather not be doing so, this is a modern day form of communication and I know the Fake News Media will be working overtime to make even Wacky Omarosa look legitimate as possible. Sorry!"

Trump came to office vowing to hire "only the best people" -- but has struggled to put a lid on leaks, backbiting and scandal inside his White House.

(Except for the headline, this story has not been edited by NDTV staff and is published from a syndicated feed.)
Comments
White House staffer Omarosa Manigault NewmanDonald Trump Tape