He Rapped About Killing Girlfriend At Bar. Now He Is Charged With Murder

Wearing a black blazer over a black button-up, Robert Anthony Camou introduced himself as a "gangster in the house" and began his rap. 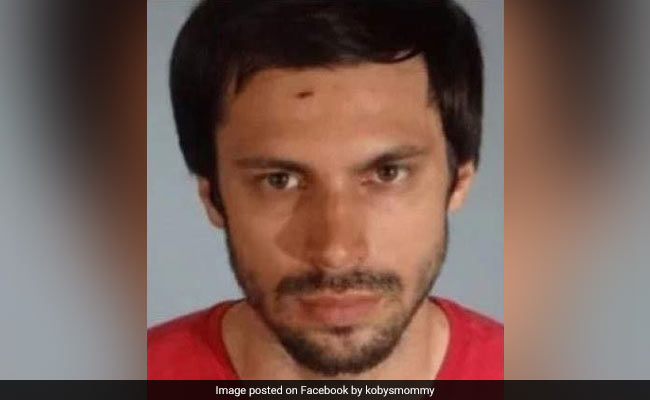 Robert Camou faces either the death penalty or life in prison.

It was open mic night on July 29 at the King Eddy Saloon near Skid Row in downtown Los Angeles, a legendary dive bar dating back to Prohibition, and as a group of amateur rappers bobbed to a beat, Robert Anthony Camou stepped into the circle.

Wearing a black blazer over a black button-up, the 27-year-old grabbed the microphone and introduced himself as a "gangster in the house." The other rappers surrounding him hollered, calling him "Eminem."

But then it got weird.

He said he cut his electronic monitoring device off his leg. And then, coming so close to the camera that all you could see was his mouth, he rapped: "I killed my b---- and buried that b---- in the f------ dirt."

The other men grimaced. One let out a nervous laugh. Camou floated away to the outskirts of the group, appearing to realize his mistake. "The cops are trying to look for me," he rapped, "and I'm . . . trying to shut my mouth."

At that point, it didn't matter. The cops had already traced his movements and were scouring the streets of Los Angeles for his gray Toyota Prius. Hours earlier, his own parents had called the police on him. They found blood and signs of a brutal assault against Camou's girlfriend, 31-year-old Amanda Custer, inside his bedroom. Neighbors told police they saw Camou dragging her lifeless body into the cargo hatch of his car.

But when police finally found Camou's Prius in the early morning hours of July 30, parked half a mile from King Eddy, Custer wasn't in there. They found Camou, sleeping in the back seat, blood in the back cargo space, and a "tool used for digging," police said last month.

And then, in a matter of days, they would also find the rap video.

On Wednesday, Camou was charged with capital murder in Custer's death after extensive searches for her body in canyons and creeks in the Los Angeles area failed, the Los Angeles County District Attorney's Office announced. The murder charge was also enhanced with a special circumstance because Camou was out on bail on a domestic violence case involving Custer at the time he allegedly killed her.

Los Angeles County Sheriff's Department investigators said they have authenticated the rap video filmed at King Eddy Saloon, suggesting it can be used against Camou in court. The man who filmed it, 64-year-old Michael R. Moore, told the Los Angeles Times he realized Camou was the same disturbing rapper from the bar after seeing him in handcuffs on the news the next morning.

"What he said, he said it with such force that people just stopped," Moore told the Times. "They were shocked. There was a lot of hate in his expression." 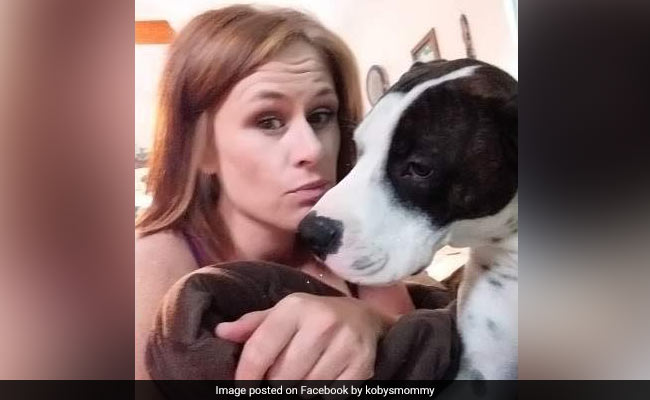 The police found blood and signs of a brutal assault against Robert Camou's girlfriend, 31-year-old Amanda Custer, inside his bedroom.

Custer had been warning courts of Camou's abusive behavior for months before her death, revealing a tumultuous relationship that at times turned violent, as the Los Angeles Times reported.

In April 2018, Custer's grandmother sought a restraining order against Camou, saying Custer had been choked and attacked, leaving her face bloodied, the Times reported. He kept driving past their house harassing them, the grandmother said. But her petition was denied in May 2018.

In February, Custer filed for a restraining order against Camou as well, telling the court that he had been harassing her with texts and phone calls using "over 100 fake numbers," the Times reported. Then, she wrote in court documents, he jumped a fence and tried to break into her bedroom. She wouldn't let Camou in - only to look outside later to find him returning with a hatchet. She said he used it to hack the side mirrors off her grandmother's car, and then busted through her bedroom window.

Custer also said she knew Camou had a 12-gauge shotgun and a handgun, which made her afraid for her dog, Piper.

"I also think he would go as far as hurting her or killing her to hurt me," she wrote in the petition, according to the Times.

Again, the judge denied her petition that same month.

The turning point came on April 22. Camou allegedly beat Custer, strangling her and threatening her with a Taser, prosecutors said. Custer fled and "sought help at a nearby residence." But Camou followed. He allegedly then attacked an elderly man inside the home who tried to intervene.

Camou was charged with first-degree burglary, injuring a girlfriend and assault by means of force likely to produce great bodily injury in both of those alleged beatings.

"At the arraignment, our office requested that bail be set at $150,000, but over the prosecutor's objections, the court released the defendant on electronic monitoring," Paul Eakins, a spokesman for the Los Angeles County District Attorney's Office, told the San Gabriel Valley Tribune. "The prosecutor requested a protective order, which the court issued."

On the day Custer disappeared, July 29, probation officers noticed something was wrong with Camou's electronic monitor: The battery was going out. The department notified the court, saying he had absconded from the electronic monitoring program, or EMP, the Tribune reported. The court issued a bench warrant, but it was too late.

When police tried to arrest him as he slept in his Prius down the block from the bar, he refused to get out. The standoff lasted five hours - ending with the Los Angeles Police Department SWAT team tossing a canister of tear gas at him.

For weeks, as Camou remained in jail, Custer's family kept hope that she might still be alive. Her father, Rick, stood before reporters asking hikers, fishers and mountain bikers in the area to help find her. "We are pleading with anybody who might have a tip that might help to report it, as we are very distraught, and need to bring our Amanda home," he said in a handwritten note dated Aug. 4.

On Wednesday, the Los Angeles County district attorney said her body still had not been found.

(Except for the headline, this story has not been edited by NDTV staff and is published from a syndicated feed.)
Comments
RapGirlfriendLos Angeles